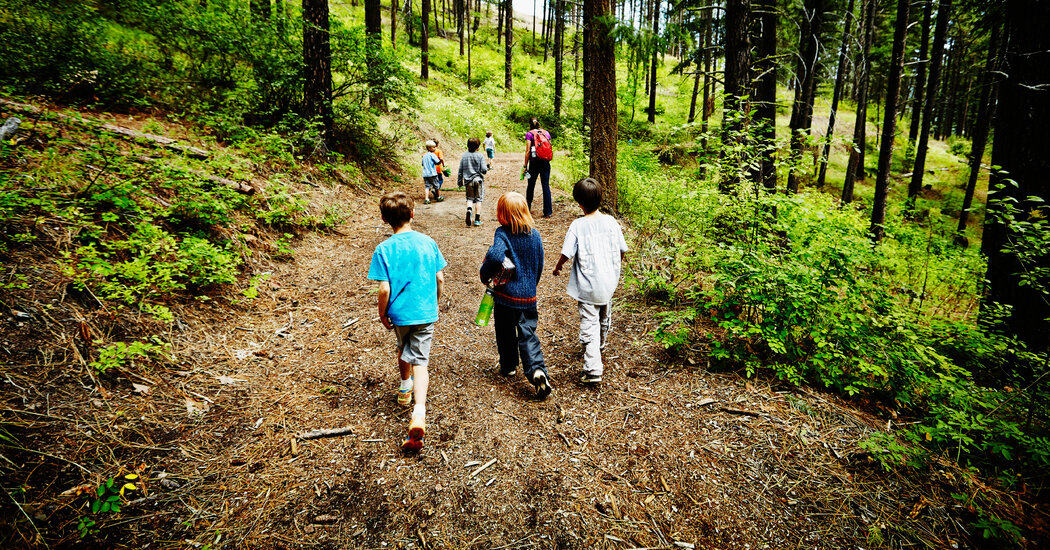 As schools and universities plan for the new academic year, and administrators grapple with complex questions about how to keep young people safe, a new report about a coronavirus outbreak at a sleepaway camp in Georgia provides fresh reasons for concern.

The camp implemented several precautionary measures against the virus, but stopped short of requiring campers to wear masks. The virus blazed through the community of about 600 campers and counselors, the Centers for Disease Control and Prevention reported on Friday.

The staff and counselors gathered at the overnight camp in late June. Within a week of the camp orientation, a teenage counselor developed chills and went home.

The camp, which the C.D.C. did not name, started sending campers home the next day, and shut down a few days later. By then, 76 percent of the 344 campers and staffers whose test results were available to C.D.C. researchers had been infected with the virus — nearly half the camp.

The study is notable because few outbreaks in schools or child care settings have been described to date, said Caitlin Rivers, an epidemiologist at the Johns Hopkins Bloomberg School of Public Health.

“The study affirms that group settings can lead to large outbreaks, even when they are primarily attended by children,” she said.

“The fact that so many children at this camp were infected after just a few days together underscores the importance of mitigation measures in schools that do reopen for in person learning,” Dr. Rivers added.

Physical distancing, universal mask use, hygiene and ventilation are essential to reducing transmission, she noted.

While the role children play in the spread of the virus has been questioned, the authors of the report said the research adds to evidence that children of all ages are not only susceptible to infection, but may play an important role in transmission.

Dr. Preeti Malani, the chief health officer at the University of Michigan who was not involved in the study, called the report “a cautionary tale.”

“It’s difficult when you have a gathering this large,” she said. “Young people want to be with other young people. They want to socialize. It just takes one person for it to spread to lots of people.”

Those who had been at the camp longest had the highest rate of infection; overall, more than half of the staff, who had arrived before the campers, were infected.

Additional cases may have been missed, because the researchers did not have access to data about 253 other campers and staff.

Though the camp was following the directives of an executive order issued in Georgia, it was not in full compliance with recommendations made by federal health officials at the C.D.C.

Campers and staff members were required to show proof that they had tested negative for the coronavirus no more than 12 days before arriving at the camp. Cleaning and disinfection of communal areas were enhanced; the camp required physical distancing outside cabins, and it staggered the use of communal spaces.

But while staff were required to wear cloth masks, the camp did not ask campers to do so, and did not open windows and doors to increase air circulation in buildings. The campers stayed overnight in cabins, with an average of 15 occupants in each.

Many camp activities — which took place indoors as well as outdoors — included “vigorous singing and cheering,” which can enhance spread of the virus, the report said.

The case highlights the limitations of asking for proof of negative coronavirus tests before large gatherings, Dr. Malani said.

“Testing doesn’t always mean safety,” she added. “It has to be combined with individuals adhering to strict quarantine. And that’s hard to do for young people, on a college campus, and in K through 12.”

“Even if the staff were wearing masks around the campers, it’s likely that when they were back in their quarters at night, they weren’t — because that’s what happens,” Dr. Malani said. “It’s hard to do, because it’s not natural to have to distance all the time and wear a mask.”

In a recent study of an outbreak at a high school in Jerusalem that began 10 days after in-person classes resumed in late May, 13 percent of the student body and 16 percent of the staff ultimately tested positive.

Though the students were supposed to wear face masks and practice social distancing, researchers concluded crowded classrooms of up to 38 students made distancing impossible. Air conditioning may have accelerated the spread of the virus.