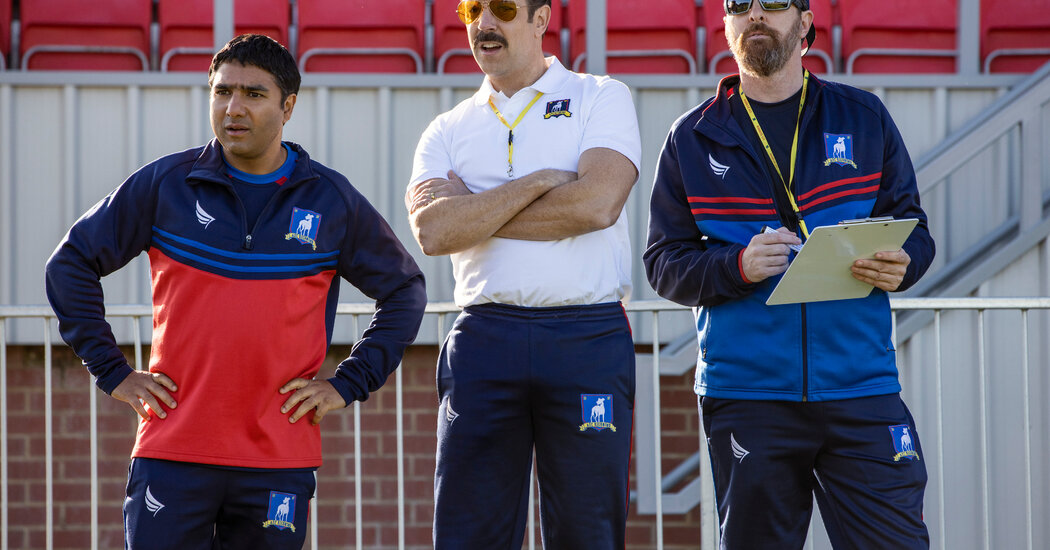 For more recommendations on what to stream, sign up for our twice-weekly Watching newsletter here.

In most years, August is kind of an afterthought on the entertainment calendar. It arrives too early for the fall TV season, and too late for the big summer blockbuster movies. But this year, the streaming services are offering a fairly robust and eclectic August lineup, running the gamut from acclaimed documentaries to long-awaited animated comedies to the return of an influential reality competition series.

Here are our picks for the best new films and TV shows premiering this month, plus a roundup of some of the other notable titles that will be available to stream. (Note: Streaming services occasionally change schedules without giving notice.)

While adults with diverging political views often separate themselves into bubbles, their kids often go to school together, discussing the big issues in class and in the cafeteria. The documentary “Boys State” suggests that the younger generation may be better off than their bickering elders, because they actually talk to one another. The directors Jesse Moss and Amanda McBaine cover an annual Texas tradition: a gathering of whip-smart, opinionated teenage boys, who spend a few days at the State Capitol acting as a kind of mock legislature, practicing building coalitions and drafting their own pretend laws. The filmmakers don’t push any agenda here, aside from showing that young people are often flexible and good-hearted enough to hear one another out — and to remain friends when they’re done arguing.

A collaboration between the “Scrubs” creator Bill Lawrence and the former “Saturday Night Live” comedian Jason Sudeikis, the fish-out-of-water dramedy “Ted Lasso” is about a gung-ho American college football coach who’s been hired to manage an English Premier League soccer team — even though he knows nothing about the game. The premise has a bit in common with the baseball movie “Major League.” Lasso (Sudeikis) has been brought overseas by a vengeful owner, who wants to run her club into the ground. But Lawrence and Sudeikis invest old underdog sports clichés with real soul, turning a broadly comic character into a complex person, dealing with some deep regrets with the help of a good heart and a stubborn will.

An epic animated fantasy trilogy — which began with “Trollhunters” and continued with “3Below” — now concludes with “Wizards,” a fast-paced and lighthearted sword-and-sorcery saga that brings back the major characters from the previous series. This time, the adventuring teens from Arcadia Oaks find themselves skipping across time, facing off against the heroes and villains of King Arthur’s Camelot. The latest episodes are action-packed and filled with tween-friendly humor. But the core appeal of “Tales of Arcadia” remains similar to the movies of one of the show’s creators, Guillermo del Toro, in that the trilogy features a dense and deeply imagined mythology, populated by humans and supernatural creatures who sometimes make mistakes — but who always keep bravely trying to save their world.

The cult series “Lucifer” seems to have built a larger and more devoted audience ever since Netflix saved the show, following Fox’s 2018 cancellation. Those fans — old and new — have been waiting patiently for more than a year for the aftermath to season 4’s dramatic ending. When the supernatural procedural left off, the antihero Lucifer (yes, the literal devil himself) made the decision to abandon his life of partying and crime-solving on Earth to return to his throne in an increasingly chaotic and dangerous Hell. Season 5 begins with an episode titled “Really Sad Devil Guy,” which is a good indicator that this series will be as wild and witty as ever.

‘Phineas and Ferb the Movie: Candace Against the Universe’

It’s hard to imagine a more welcome relief from this emotionally draining quarantine summer than a new made-for-TV movie spinoff from the Disney Channel animated series “Phineas and Ferb.” A godsend to parents from its 2007 debut until its final episode in 2015, “Phineas and Ferb” follows the way-out adventures of two preteen genius stepbrothers who concoct amazing inventions and sing catchy songs — all while their pet platypus works undercover as a secret agent, thwarting a painfully neurotic mad scientist. In “Candace Against the Universe,” the boys and their friends travel into space to save their perpetually irritable older sister, who’s been abducted by aliens … but who actually may be happier on another planet.

“The One and Only Ivan”

“The Purge” meets “Dazed and Confused” in this raunchy high school romantic comedy, set in a world where all intoxicants are illegal — even for adults — except for one night a year. The talented young actor Skyler Gisondo plays Griffin, a likable but overly anxious 18-year-old, who is not as eager as his classmates to enjoy his first night of getting hammered (and, if all goes well, fooling around). Vince Vaughn plays a stern, foul-mouthed principal who’s also the father of the girl Griffin likes. “The Binge” will seem very familiar to anyone who’s seen a lot of movies like “Superbad” and “American Pie.” But while it’s hardly a new classic in the teens-on-the-make genre, it’s an enjoyable throwback, aided greatly by Gisondo and Vaughn’s spirited performances.

“The New York Times Presents: This Is Dominic Fike: The Next Big Thing?”

“Find Me in Paris” Season 3

Before “Survivor,” “The Amazing Race,” “Naked and Afraid” and just about every other extreme outdoor reality competition, the cable series “Eco-Challenge” introduced TV audiences in the late 1990s to the phenomenon of athletes and ordinary folks enduring extended, intense physical and mental contests in the wild. Now the producer Mark Burnett is bringing the concept back with “World’s Toughest Race: Eco-Challenge Fiji” which, like the earlier versions of the series, is a multipart documentary about an especially strenuous race. This time, more than 60 teams from around the world spend 11 consecutive days scrambling across steep mountains, overgrown brush and multiple bodies of water. Hosted by Bear Grylls, “World’s Toughest Race” balances extreme sports drama with intimate personal profiles. This new series emphasizes the wide variety of people — including an aging competitor with Alzheimer’s disease and racers of many different ethnicities and genders — who are driven to test themselves.

“Prime Rewind: Inside ‘The Boys’”

HBO Max’s first feature film is this offbeat comedy, written by the humorist Simon Rich and directed by Brandon Trost, an accomplished cinematographer making his feature-directorial debut. Based on Rich’s gently absurdist short story “Sell Out,” the movie stars Seth Rogen in two roles: as a lonely Brooklyn-based app designer named Ben, and as his great-grandfather Herschel, a European Jewish immigrant who’s been perfectly preserved in a pickle vat for 100 years. Confused by the modern world, Herschel moves in with Ben and soon grates on his roommate with his constant griping about the current generation’s lack of respect for God’s laws. Trost brings some visual flair to a surprisingly twisty story, which is ultimately about how family legacies matter — even if family members themselves can be a pain in the neck.

Based on a Matt Ruff novel, “Lovecraft Country” presents a vision of 1950s America where the horror novelist H.P. Lovecraft’s extra-dimensional monsters and secret cabals are indistinguishable from the daily racism experienced by Black citizens. Jonathan Majors plays Atticus, a pulp fiction-obsessed war veteran who joins his best friend, Letitia (Jurnee Smollett-Bell), and his uncle George (Courtney B. Vance) on a road trip across the south. Determined not to cower before the white establishment, the three soon find themselves targeted by a shadowy cult, in a gripping and eerie story that makes the recent past look as sinister as any haunted house.

Fans of both “Star Trek” and “Rick and Morty” should enjoy the new animated series “Star Trek: Lower Decks,” a comic take on the Trek-verse created by Mike McMahan. As the title implies, the show follows Starfleet’s redshirt ensigns, who handle a starship’s mop-up duty and mundane day-to-day functions while their officers are off having swashbuckling escapades on distant planets. McMahan has a wry, dark sense of humor (seen recently on Hulu’s adult cartoon “Solar Opposites,” which he created with his longtime “Rick and Morty” collaborator Justin Roiland); but he also has a love for the conventions of science fiction, which he spoofs knowingly and keenly.