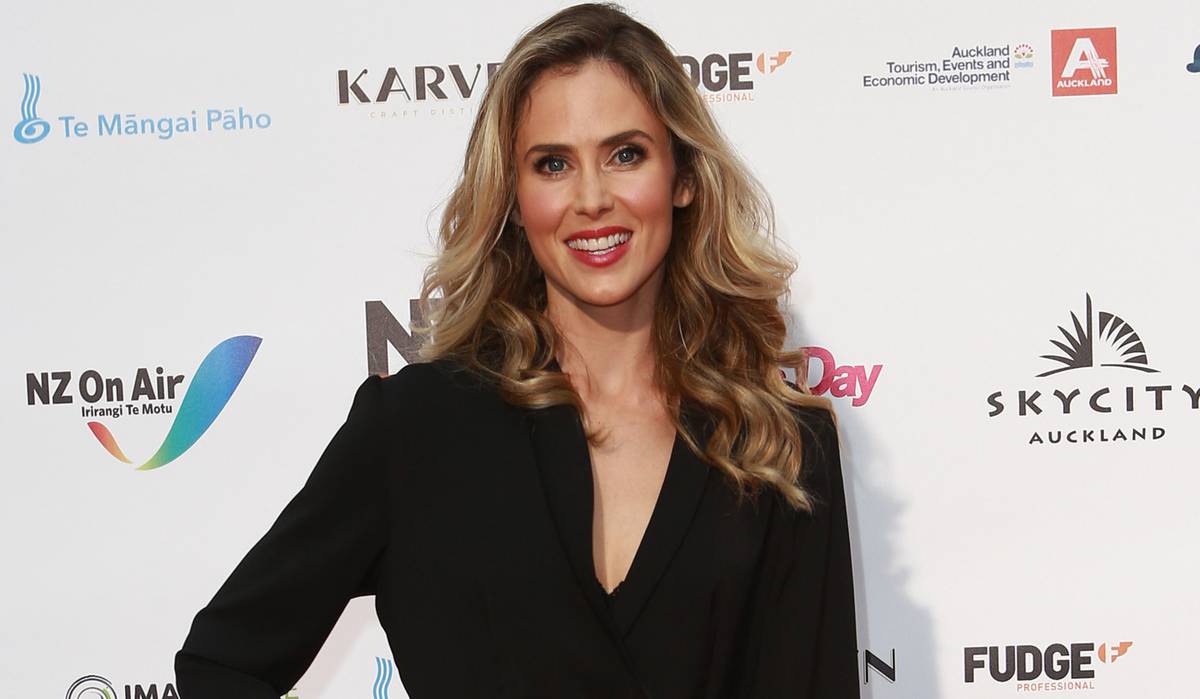 Kiwi expat Hollywood stars are heading home to shelter from the Covid-19 pandemic – and capitalise on the local filming boom.

Hutchison, who has carved out a successful career stateside, came out of quarantine last week and is set to start filming A Love Yarn, on location in Godzone, co-produced by Canadian company Incendo and Screentime NZ.

“I’m back for this gorgeous film, which I’m really excited about. The quarantine experience was pretty incredible really,” Hutchison tells Spy.

“We are so fortunate to have a country that is united in how they are handling the pandemic. And while it’s definitely a different way of coming home, it’s worth it to see everyone’s smiles not covered by masks,” she says.

Accompanying the Robert the Bruce star is her nearly 1-year-old, gorgeous daughter Joanie Pearl. The bundle of joy for Hutchison and her husband, producer Mike Gillespie, arrived last August in LA. They all made a trip back to New Zealand during the Christmas holidays, a year after the couple tied the knot in a romantic ceremony on Waiheke Island.

Hutchison is keen to get back to her Kiwi acting, and A Love Yarn is the perfect movie for an actress who has nailed the romance genre in the US market.

She plays Sophie Dale, owner of a NZ yarn shop, who is fighting to keep her business going after news her top yarn supplier was to cease production. New Yorker Samuel King, auditor of her business, becomes an unexpected ally.

King is played by Kiwi actor Simon Arblaster, who has also made a name for himself in the States on shows such as Once Upon a Time and DC’s Legends of Tomorrow. Arblaster has been busy with local projects all year.

Desperate to keep her shop going, Sophie convinces Samuel to give her two weeks to learn the ropes of yarn spinning and raise enough money to buy the mill herself. With Samuel’s help, she comes up with a fundraising plan to host a “knit-off” and auction at the local makers’ market.

The former Go Girls’ star came home a little before the start of filming, before Air NZ put flights on a freeze for three weeks. In her down-time Hutchison has been enjoying her former Go Girls stomping ground, taking time out with Joanie on beach walks on Auckland’s North Shore with family and friends.

Her agents, Johnson & Laird, have been hard at work getting a number of their high-profile Kiwi talent back into the country for work, including Once Were Warriors’ star Rena Owen.

It’s not a straightforward process but the agency has gone above and beyond to pave the way for the actors. Owen is still in quarantine and her agent Imogen Johnson had an exercise bike delivered to her hotel room to help with boredom and support the actress in being ready to film on her NZ project, (the title of which is still being kept under wraps.)