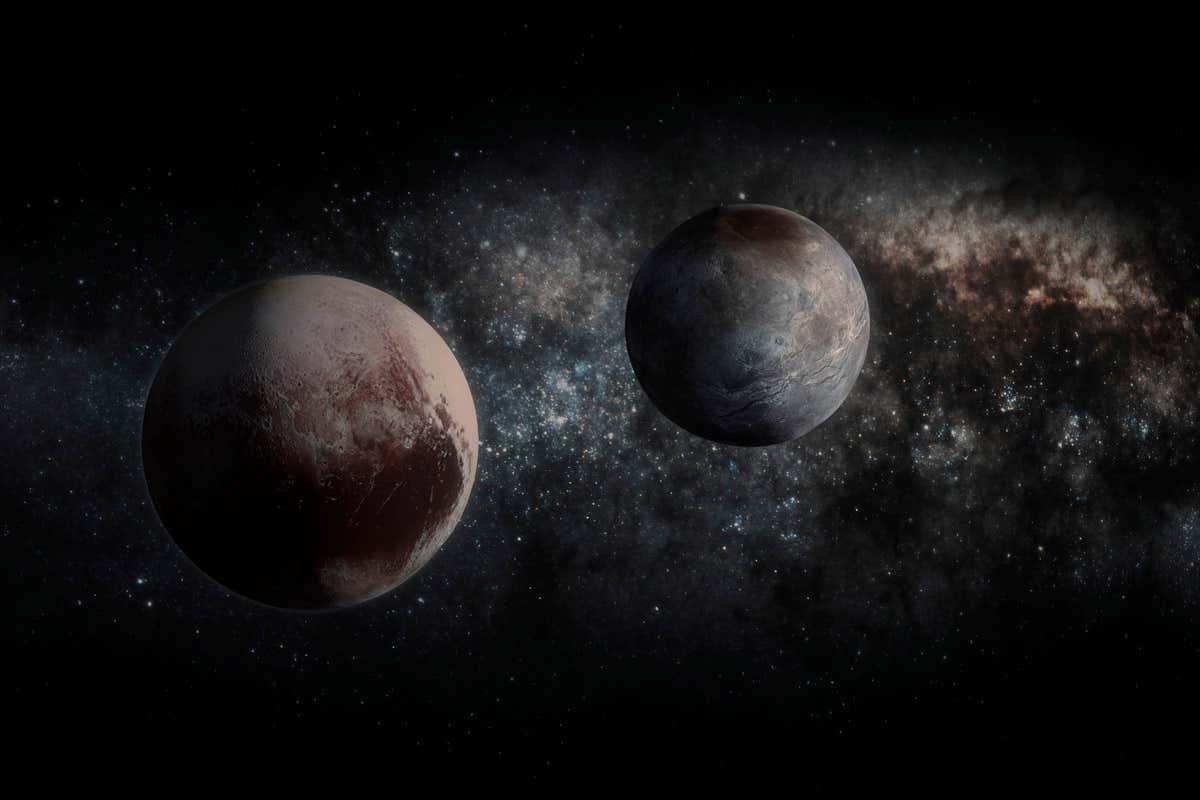 Pluto’s four smallest moons might have formed following a large impact on its biggest moon, Charon, rather than being a chip off the dwarf planet.

The Plutonian system is an oddity in the solar system. Its largest moon, Charon, is 1200 kilometres across, almost half the size of the dwarf planet itself. By comparison, Pluto’s four smaller moons – Styx, Nix, Kerberos, and Hydra – are tiny, measuring no more than 50 kilometres across. They also orbit very close to both Pluto and Charon, just tens of thousands of kilometers away.