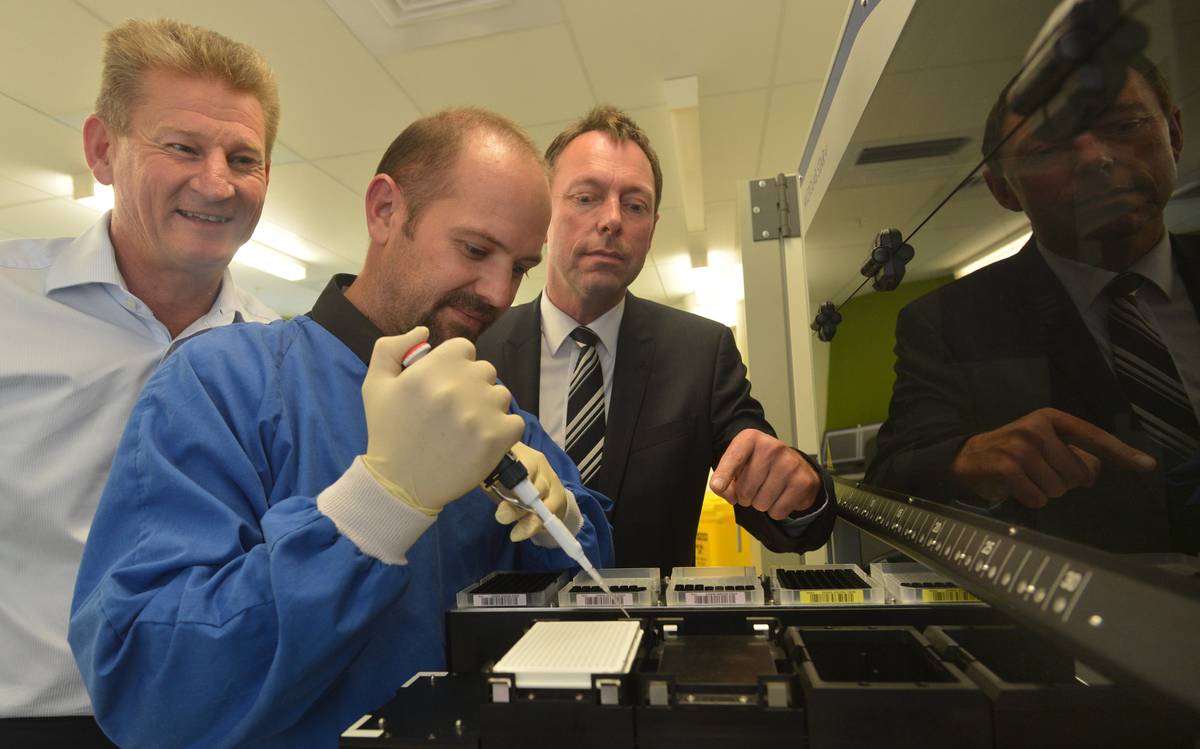 Pacific Edge shares more than doubled in value on confirmation of acceptance under a key US medical regulation for its Cxbladder cancer test.

The shares jumped as high as 68 cents from 27 cents yesterday, and were recently at 55 cents, up 104 percent and valuing the company at $379.3 million.

The successful standard of care rating from the US Centres for Medicare and Medicaid Services means Pacific Edge will be reimbursed at a rate of US$760 per test from July 1, 2020.

The CMS provides healthcare coverage for all US citizens over the age of 65 and assists coverage for low income earners.

It’s been a long time coming and will result in significant cash flow benefits for the Dunedin-based bio-tech company. CMS testing makes up about 40 percent of CXbladder testing in the US, the company said in its statement to the NZX today.

Andrew Bascand, managing director of Harbour Asset Management – which owns 16.4 percent of Pacific Edge – estimates that “at the current run rate the CMS approval is worth about $10 million in revenues” to the firm.

Pacific Edge said it will now also seek reimbursement for tests that have already been done and invoiced for CMS patients.

Those invoices are worth about US$16.6 million, but final reimbursement is typically subject to negotiation.

Chief executive David Darling described the confirmation as a “transformational milestone” for the company, following a number of years of hard work from its New Zealand and US teams.

“This long-awaited outcome results from the generation of substantial clinical evidence, publication of numerous clinical papers demonstrating the compelling clinical utility and outperformance of Cxbladder and growing commercial use of our tests by urologists in the USA and other markets.”

Darling said the coverage decision is also expected to support demand and positive reimbursement decisions from other healthcare organisations and payers as well.

“It signals a new phase in Pacific Edge’s commercial journey and we will be pushing hard on the back of this announcement to gain adoption of Cxbladder by other large-scale healthcare organisations.”

The product was also approved for commercial use by Kaiser Permanente last month, the single largest validation customer in the US market.

Harbour’s Bascand said that agreement could well “act as a snowball” for other private companies adopting the Cxbladder diagnostic as their standard of care.

The company had confirmed it was targeting healthcare organisations, including Johns Hopkins Medicine.

In NZ, Cxbladder is used by the majority of healthcare providers and district health boards, where it is used to evaluate haematuria, the presence of blood in urine, and monitor for recurrence of bladder cancer.

Darling said while the NZ market is a “great example of what our tests can achieve in terms of better patient care,” the company is largely using its local experience to forge a road into the lucrative US diagnostics market, which it estimates is worth US$1.2 billion a year for its Cxbladder products.

To that end, last year it increased the number of US sales force to 16 to help drive growth and Darling said there are a “growing number of healthcare organisations and urologists now using Cxbladder.”

The focus for South East Asia, meanwhile, is to complete user programmes in Singapore and turn these institutions into commercial customers, as well as progress discussions with potential strategic partners in the region, Darling said in last month’s annual review.

Bascand is excited about the prospects.

“Anything in the medical sphere that requires approvals can take forever,” he said. “But we will continue to look for solid bio-tech investments.”