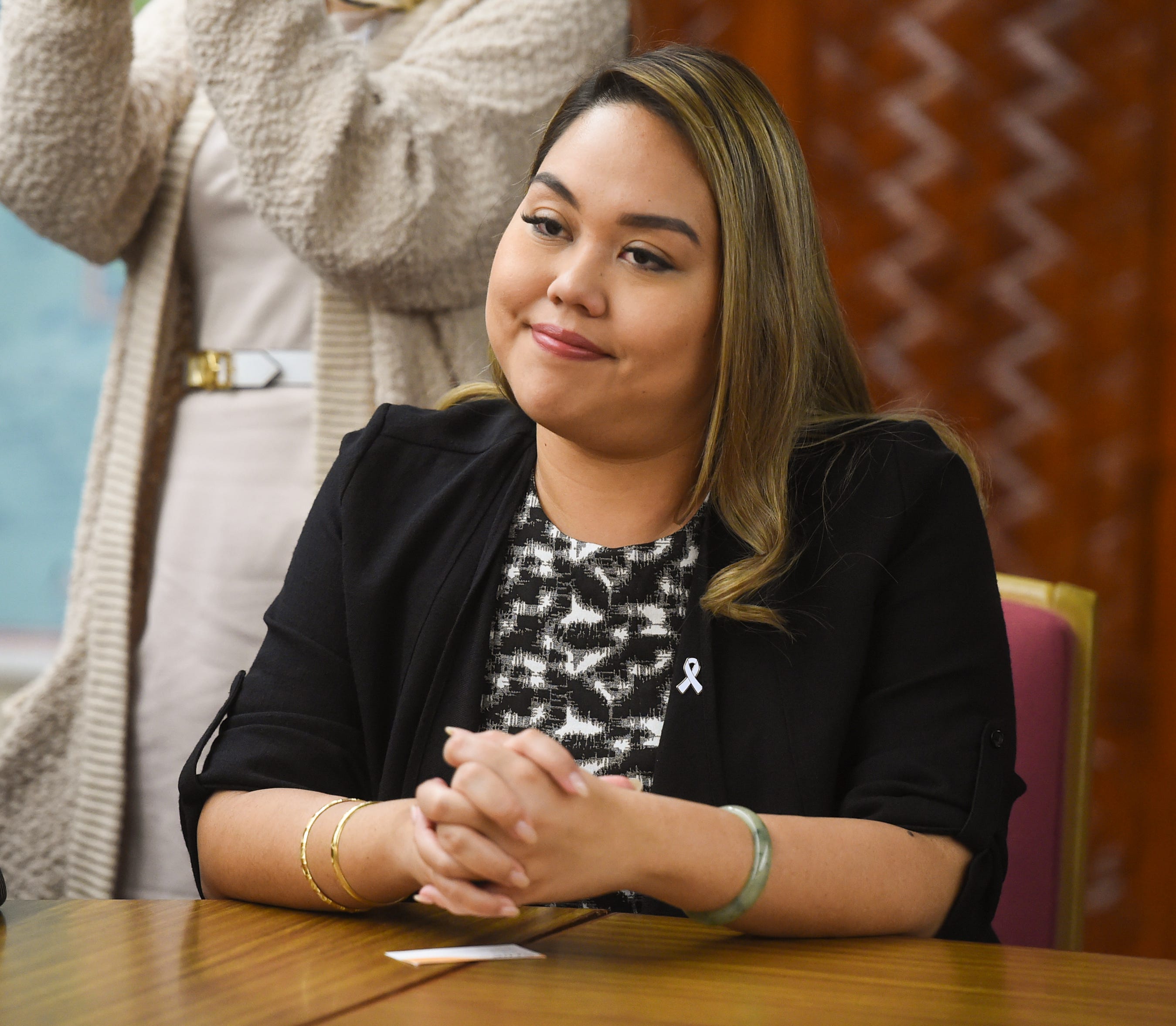 A new law requires the Department of Revenue and Taxation to issue relief checks for eligible adult dependents, but Gov. Lou Leon Guerrero said the law has technical problems that discriminate against unwed parents and illegally tap federal relief funding.

Eligible families will receive a one-time $500 payment for each qualified person in their home, according to the provisions of Public Law 35-94, which creates the “Ayuda I Mangafa’ Help for Families Program.”

Sen. Amanda Shelton, who wrote the law, has said it is intended to fill a gap in existing federal and local pandemic relief programs, which exclude adult dependents such as recent high school graduates, college students and adults with disabilities.

Lawmakers approved the measure unanimously on June 15, and administration officials have said the governor plans to use federal relief funding to pay for the program.

Leon Guerrero said she allowed Shelton’s Bill 367 to lapse into law late last week, without her signature, because she supports its intent. The governor said the legislation is flawed, but she will work with Shelton to accomplish the goal of issuing the payments.

According to the governor’s message to lawmakers, the new law has two main problems:

It discriminates against unwed parents who live as a family and who file separate tax returns. According to the governor, a married couple filing jointly would be eligible to receive $1,000 for each qualified dependent in their home, which is $2,000 if there are two dependents. In contrast, an unwed mother with two qualified dependents would receive only $500, according to the governor. “I am certain that the Legislature did not intend for this policy to discriminate on this basis,” the governor wrote.

Concern about overreach for funds

It authorizes the governor to transfer as much as $10 million in federal CARES Act funding to pay for the program, which Leon Guerrero described as an “unintentional overreach into the congressional purse.” She said the Guam Legislature cannot appropriate or reauthorize the use of federal funding for the island.

The new law requires Rev and Tax to develop rules and regulations for the program within 30 days.

Eligible families would have a 30-day window to apply for payments once the program becomes active. Families who report income greater than $150,000 on a joint tax return would be ineligible for the program.