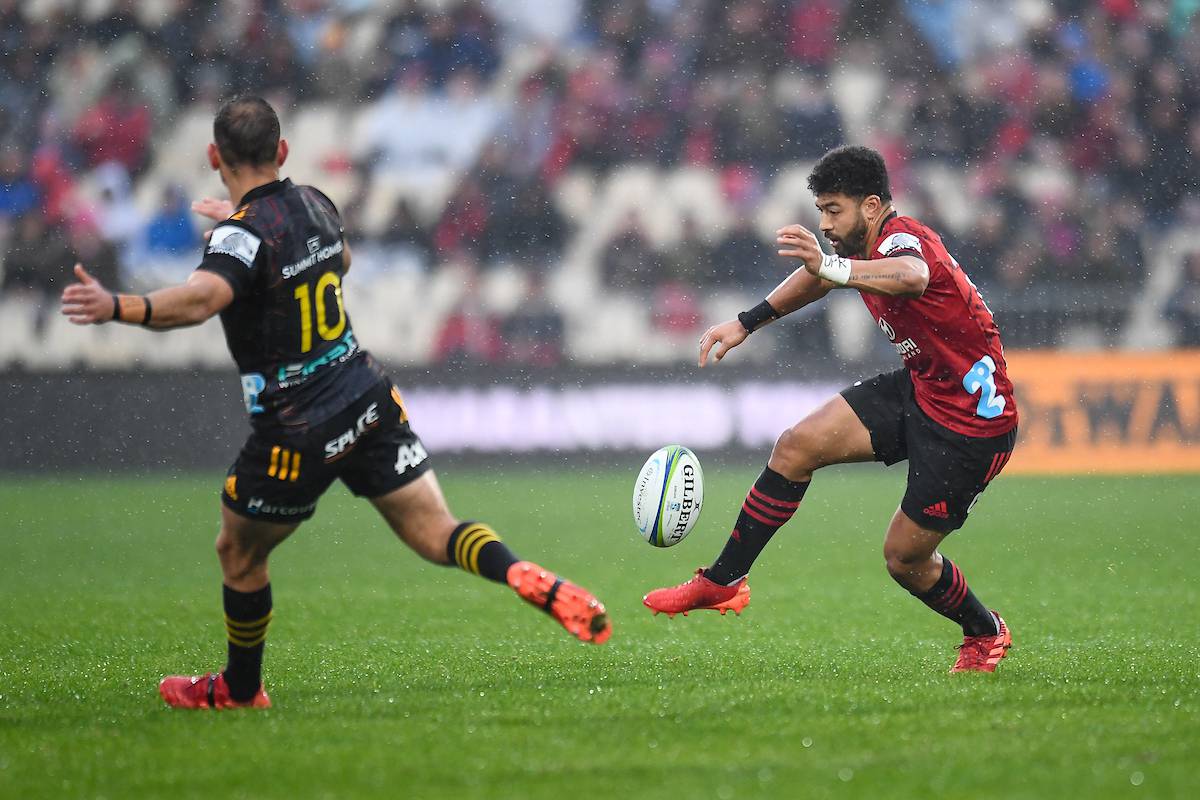 Follow all the Super Rugby Aotearoa action with the Chiefs hosting the Crusaders – including all of the build-up to the match from Sky Sport.

Chiefs star Anton Lienert-Brown has opened up on the frustration over the side’s Super Rugby Aotearoa losing streak, admitting it had played a part in the post-match incident involving referee Brendon Pickerill after a loss to the Blues on Sunday.

The All Blacks midfielder was adamant No 8 Pita Gus Sowakula scored under a heap of bodies during a late surge for the line and was frustrated that Pickerill didn’t opt to consult the TMO to check a possible match-winning try.

Speaking to D’Arcy Waldegrave on the All Sport Breakfast, Lienert-Brown said their recent run of results had played a part in his behaviour.

“That was definitely frustration from the losing streak, feeling a little bit hard done by,” he said. “When you’re losing there’s frustration but that’s a learning we’ve got to take. We can’t get overly frustrated because that’s not going to help the cause.”

Lienert-Brown said it’s been a difficult campaign so far and agreed desperation had started to creep into their decision making.

“Everyone in the squad wants to win and I guess when you’re on a losing streak, things can get a bit frantic,” he said.

“We feel as though we’ve played some good rugby but we’ve come to realise that these games come down to two or three key moments every weekend and we’re on the wrong side of them at the moment and we’ve just got to figure a way out to be a bit more clinical in these big moments and that will help us get a win.”

The Chiefs play the Crusaders tonight, who will be hurting from a narrow loss to the Hurricanes last week.

Lienert-Brown said although their finals hopes are over, there’s plenty of motivation to take down the defending champions.

“Whether we’re playing for last place or first place, every time I put on that jersey I feel a responsibility to go out there and perform and I know the boys feel the same,” he said. “I guess every game we’ve lost, there’s been more motivation to win.

“We’re extremely hurt at the moment so we’ll fight really hard to make sure we turn that around.”