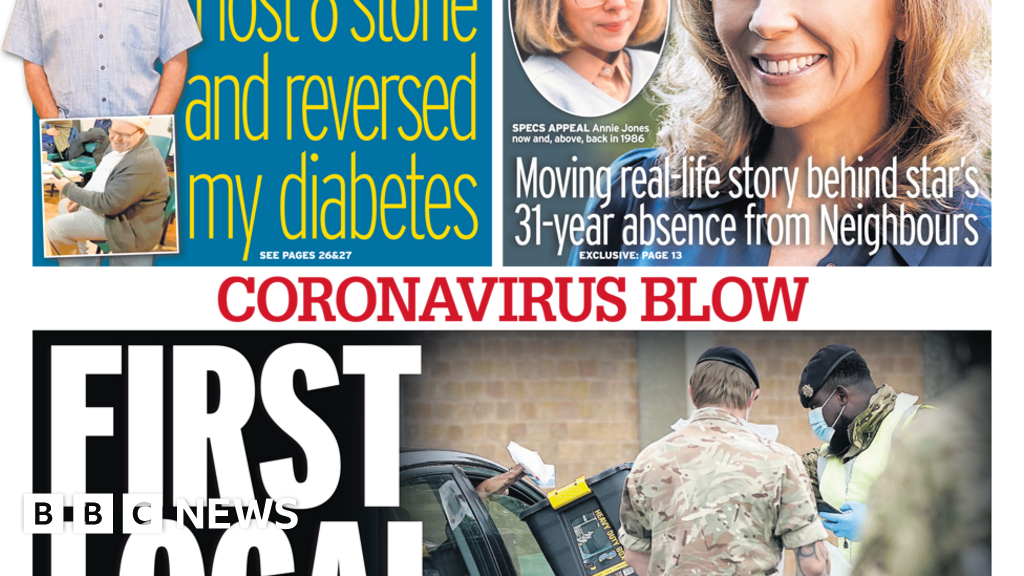 Like several others, the Daily Telegraph leads on the coronavirus lockdown being imposed in Leicester. It describes “alarm” among public health officials about the rise in cases in the city.

The Daily Mail says local business owners are in despair because the shutdown will cost them many thousands of pounds.

Many papers speculate about what has driven the surge, with the Daily Mirror sources citing the reopening of Leicester’s textile industry in late April. The Times highlights the city’s ethnic diversity, with several generations often living together under one roof.

The Sun says there are language barriers, high levels of diabetes and poverty among people from Indian and Asian backgrounds. The papers says adverts in multiple languages on television, radio and street signs will encourage people to stay at home.

Boris Johnson will attempt to wrap himself in the mantle of one of America’s most revered Presidents, according to the Guardian, when he sets out an economic recovery plan for Britain later.

The Daily Express says the prime minister will promise to “bounce forward” with an “infrastructure revolution” – evoking Franklin D Roosevelt, who led the US out of the Great Depression in the 1930s.

The Financial Times is sceptical about such a comparison. It says FDR’s New Deal spawned mega-projects such as the Hoover Dam – while the prime minister’s list of priority projects includes repairing a bridge in Sandwell.

Paul Waugh – on the HuffPost UK website – suspects many people will be left cold by the American phrase – as they were when it was used by Jeremy Corbyn and Gordon Brown.

Meanwhile, the HuffPost says it has seen leaked details of the government’s draft plans for reopening schools in England in September and its story is picked up by several papers.

The Telegraph highlights a “slimmed down” curriculum, to allow pupils more time to focus on core subjects such as English and maths.

The Daily Mail focuses on so-called “mega-bubbles”, comprising entire secondary year groups, which could all go into isolation if just one pupil tests positive for coronavirus. The Department for Education tells the paper the full plans will be published later this week.

Sign up for a morning briefing direct to your inbox

A damning account of President Trump’s phone calls with world leaders appears on several news websites, after first being reported by CNN.

Sources have told the veteran Watergate reporter Carl Bernstein the president fawned over strongmen and bullied allies, especially women. He is said to have told Theresa May she was weak and lacked courage, and Angela Merkel she was stupid. The White House has dismissed the account, calling Mr Trump a “world class negotiator”.

The Guardian picks up on a study suggesting racial bias is a significant problem in English football commentary.

The analysis – by a Danish research firm with the players’ union, the PFA – found that players with lighter skin were more likely to be praised for “hard work” and “intelligence”, the paper says. Darker-skinned footballers were apparently more often complimented for physical attributes, such as “power” or “pace”.

The PFA explains to the Guardian these perceptions can shape a player’s future career saying those hoping to go into management get an unfair advantage if they are deemed intelligent based on their skin tone.