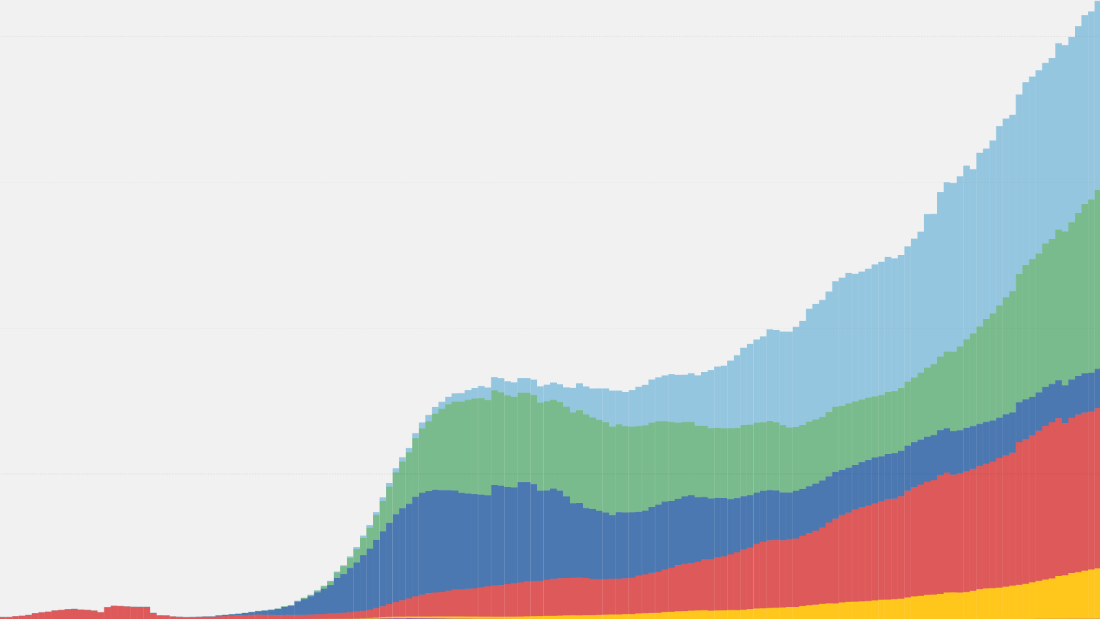 While some countries that were hit early in the outbreak have managed to contain the virus, the number of cases globally has been accelerating fairly steadily.

There have now been more than half a million deaths from the virus worldwide, according to JHU data.

The World Health Organization’s director-general on Monday warned there would be “no return to the old normal for the foreseeable future.”

Tedros Adhanom Ghebreyesus told a media briefing in Geneva that there were no shortcuts out of this pandemic, and that while we may hope for an effective vaccine, there must be a focus on using the tools that are available now to suppress transmission and save lives.

“We need to reach a sustainable situation where we do have adequate control of this virus without shutting down our lives entirely, or lurching from lockdown to lockdown,” Tedros said. 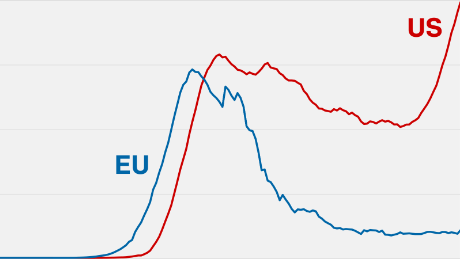 He told reporters there was a “roadmap to a situation where we can control the disease and get on with our lives” that would require three things: a focus on reducing mortality and suppressing transmission; an “empowered, engaged community” that takes individual measures to protect the whole community; and strong government leadership and communication.

Two countries accounted for half of all new cases added worldwide on Sunday, he told the briefing.

Tedros did not name the countries, but WHO data indicated that he was referring to the United States and Brazil. According to the JHU tally of cases, the US, India and Brazil accounted for more than 112,000 new cases on Sunday.
The US has the world’s highest confirmed numbers, with at least 3.4 million recorded cases and at least 135,615 deaths. Brazil has almost 2 million confirmed cases and India is closing in on one million.

“Let me be blunt: Too many countries are headed in the wrong direction,” Tedros said.

“If governments do not clearly communicate with their citizens and roll out a comprehensive strategy focused on suppressing transmission and saving lives; if populations do not follow the basic principles of physical distancing, hand washing, wearing masks, there is only one way this is going to go. It’s going to get worse and worse and worse.”

“But it does not have to be this way,” he added. “It’s never too late to bring the virus under control, even if there has been explosive transmission.”