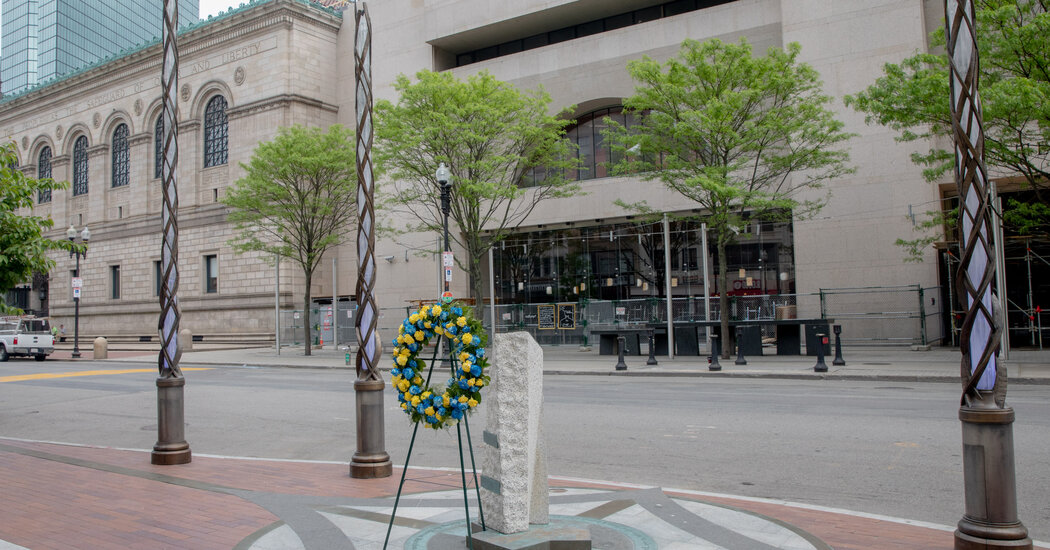 BOSTON — A federal appeals court on Friday overturned the death sentence of Dzhokhar Tsarnaev, who was convicted of the 2013 Boston Marathon bombings, and ordered a new penalty-phase trial.

The ruling, from the U.S. Court of Appeals for the First Circuit, concluded that the presiding judge in the 2015 trial, George A. O’Toole Jr., “did not meet the standard” of fairness, because he did not sufficiently scrutinize sitting jurors for bias.

In arguments in December, lawyers for Mr. Tsarnaev, 27, had pointed to 22 Twitter posts and retweets by the jury’s forewoman — one referring to Mr. Tsarnaev as “that piece of garbage” — that had not been voluntarily disclosed as part of jury screening.

Another juror said on Twitter, on the day of the sentencing, that Mr. Tsarnaev was “scum” and “trash” and that he belonged in a “dungeon where he will be forgotten about until his time comes.”

The federal death sentence that Mr. Tsarnaev received was a rare event in Massachusetts, which has no death penalty for state crimes, and has now been at least temporarily revoked.

Mr. Tsarnaev’s defense had argued that it was impossible to select an impartial jury in Boston, a city that was gripped by powerful emotions and deluged with pretrial publicity. But Judge O’Toole denied three motions for a change of venue, arguing that he could select impartial jurors.

“A core promise of our criminal justice system is that even the very worst among us deserves to be fairly tried and lawfully punished,” Judge O. Rogeriee Thompson wrote for the appeals court.

“Despite a diligent effort, the judge here did not meet the standard set by Patriarca,” a rule that requires judges to investigate jurors’ exposure to pretrial publicity, the decision said.

The ruling went on to say that “to be crystal clear,” Mr. Tsarnaev is still subject to multiple life sentences and “will remain confined to prison for the rest of his life, with the only question remaining being whether the government will end his life by executing him.”

Liz Norden, the mother of two men who lost legs in the bombings, said the decision was a bitter disappointment.

A spokeswoman for U.S. Attorney Andrew E. Lelling’s office said prosecutors were reviewing the opinion and had no comment. Prosecutors could ask for a hearing from the full appeals court or go to the U.S. Supreme Court.

But George Vien, a former federal prosecutor, said the appeals court seemed to hold Judge O’Toole, whom he called a “very experienced and conscientious judge,” to an impossible standard.

He said the judges applied the Patriarca rule “in a way that required something close to perfection,” which he said was not the standard in jury selection. “The idea that he is going to be able to pick a jury and monitor all their Twitter feeds is ridiculous, and it’s unrealistic.”

The backpack bombings near the finish line of one of the world’s most famous races killed three people and injured 260 more, many of them grievously. Seventeen people lost limbs. A fourth person, a law enforcement officer, was killed as Mr. Tsarnaev and his older brother, Tamerlan, fled a few days later; Tamerlan died in a shootout with the police.

At the appeals hearing in December, Mr. Tsarnaev’s team zeroed in on Judge O’Toole’s decision not to further question two jurors who had failed to disclose tweets and Facebook posts about the crime.

Juror 286, a restaurant manager who had been chosen as forewoman of the jury, retweeted a post praising “all of the law enforcement professionals who went through hell to bring in that piece of garbage.” Juror 138, who worked for the Peabody water department, had posted on Facebook that he was in the jury pool for the case, prompting a friend to comment that “if you’re really on jury duty, this guys got no shot in hell.”

Prosecutors pushed back against those arguments, saying that Juror 138 “never endorsed” the “flippant and joking remarks” left by his friends on Facebook, and that Juror 286 may have failed to disclose her Twitter posts because she misunderstood the instruction.

In the decision, the appeals court said the judge relied too heavily on jurors’ self-reporting whether they were biased.

“The judge qualified jurors who had already formed an opinion that Dzhokhar was guilty — and he did so in large part because they answered ‘yes’ to the question of whether they could decide this high-profile case based on the evidence,” Judge Thompson wrote, calling it “an error of law and so an abuse of discretion.”

The decision could have repercussions for how judges screen jurors in death penalty trials, with greater attention to social media, said Carl Tobias, a professor at the University of Richmond School of Law.

“We may be seeing a different way in which to look at social media in trying to seat a jury,” he said. “It may be that this was such a huge, horrific case that it should not have been tried in Boston.”

The ruling also found that Judge O’Toole improperly excluded evidence that Tamerlan Tsarnaev had been involved in a triple murder in 2011, which could have supported the defense’s argument that he had dominated and intimidated his younger brother.