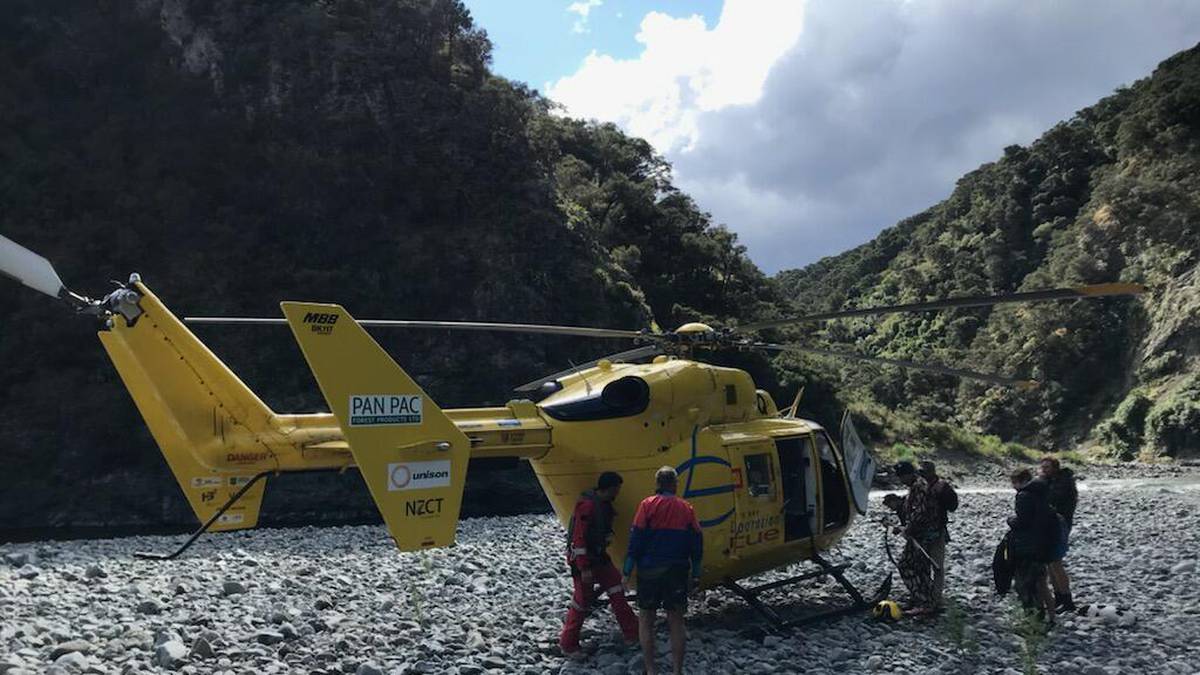 A household of 4 have been rescued following a multi-day kayaking journey down the Ngaruroro River, in Hawke’s Bay. Picture / Provided

A household of 4 have been picked up by the Lowe Company Rescue Helicopter after activating their Private Locator Beacon whereas on a river journey down the Ngaruroro River, in Hawke’s Bay.

Two adults and two youngsters who had been kayaking and rafting down the Ngaruroro River have been picked up close to Kuripapango affected by exhaustion and hypothermia.

“The helicopter has rescued all of them and introduced them in to the Hawke’s Bay Hospital for commentary,” Wilmot stated.

“There have been no critical accidents.”

He stated the river was most likely fairly low which might have made it “very onerous going”.

“They’d be fairly moist and chilly.”