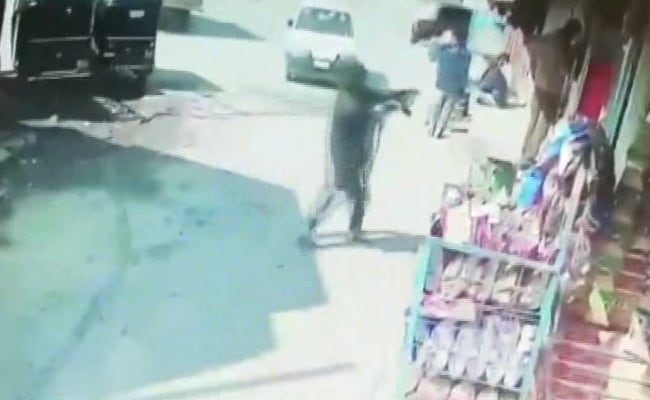 Safety forces have launched an operation to trace down the assailants, officers mentioned.

Srinagar: Two policemen died in the present day after being shot at shut vary by terrorists in Srinagar. The incident, the second such in three days, was captured on CCTV cameras positioned within the space.

Constables Sohail and Mohammad Yousuf of the Jammu And Kashmir police had been at a tea stall within the Baghat Barzulla space of town when the assault passed off, based on a PTI report. The duo was taken to a hospital the place each succumbed to their accidents. Safety forces have launched an operation to trace down the assailants, a police official mentioned.

Baghat Barzulla is positioned alongside the high-security airport street.

That is the second such assault on an eatery in Srinagar over the previous three days. Terrorists shot at and injured the son of a restaurant proprietor within the excessive safety Durganag space of town on Wednesday.

The assaults have come hours after a 24-member delegation of envoys from varied nations, together with the European Union, visited Jammu And Kashmir on Wednesday to evaluate the bottom scenario within the Union Territory.