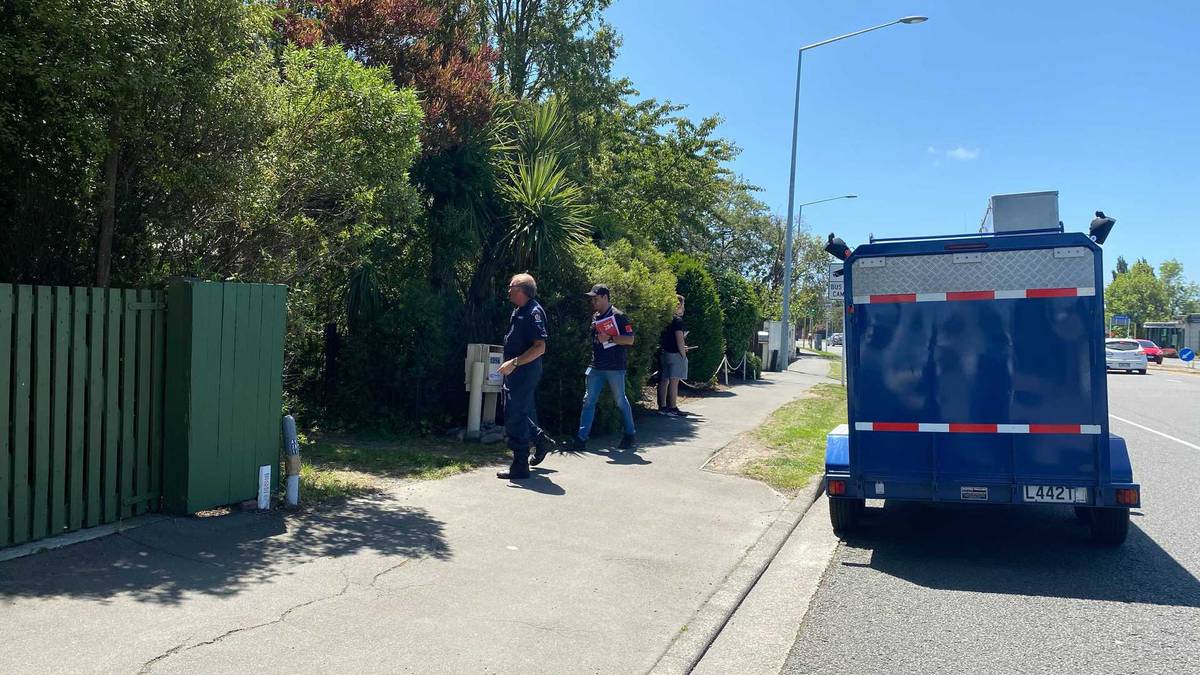 Police are at a property in Papanui the place a physique has been discovered. Photograph / Anna Leask

The girl accused of murdering a person and burying him within the yard of his north Christchurch house has appeared in courtroom.

Rena Joyce, 55, a kitchen hand – listed on courtroom paperwork as dwelling on the similar deal with as her alleged sufferer – is charged with murdering Martin Orme Berry by stabbing or reducing on December 29.

It’s understood Joyce was Berry’s accomplice and had lived with him for a while.

In courtroom her lawyer stated she didn’t need title suppression.

She stated her shopper additionally wished to be recognized by her maiden title Moloney.

Joyce made a short look within the Christchurch District Court docket this morning earlier than Choose Quentin Hix.

He refused purposes by the media to movie and {photograph} Joyce.

She was remanded in custody till her subsequent look within the Excessive Court docket at Christchurch subsequent month.

Police had been alerted to the “location of the physique” at a property on Major North Rd in Papanui at 9.44am.

Officers then travelled to the home – down an extended, tree-lined driveway on a again property – and made the invention.

Late yesterday police confirmed they’d charged a 55-year-old girl with homicide in relation to the physique.

A scene examination continues at this time on the home, the place Berry had lived since about 2002.

His mom and sister are additionally listed as residing there however have by no means lived on the property.

His sister used Berry’s deal with for her mail when she went abroad in 2006 and his mom has been in a relaxation house for some years.

The household had been “devastated” by Berry’s loss of life, and weren’t able to remark additional.

The investigation into Berry’s loss of life – named Operation Leaf – continues and a autopsy and formal identification course of shall be carried out at this time.

“A scene examination will proceed for quite a few days and a scene guard will stay on the property whereas this happens,” stated a police spokesperson final evening.

“Police want to hear from anyone who has had contact with or visited the occupants of 139a Major North Rd, Papanui, since Christmas Day.

“Please name 105 and ask on your particulars to be handed to the Operation Leaf staff.”

“Police want to reiterate that we consider that is an remoted incident and there are not any issues for the security of the broader group,” stated the spokesperson.

“Because the matter is now earlier than the courts, police is not going to be commenting additional.”