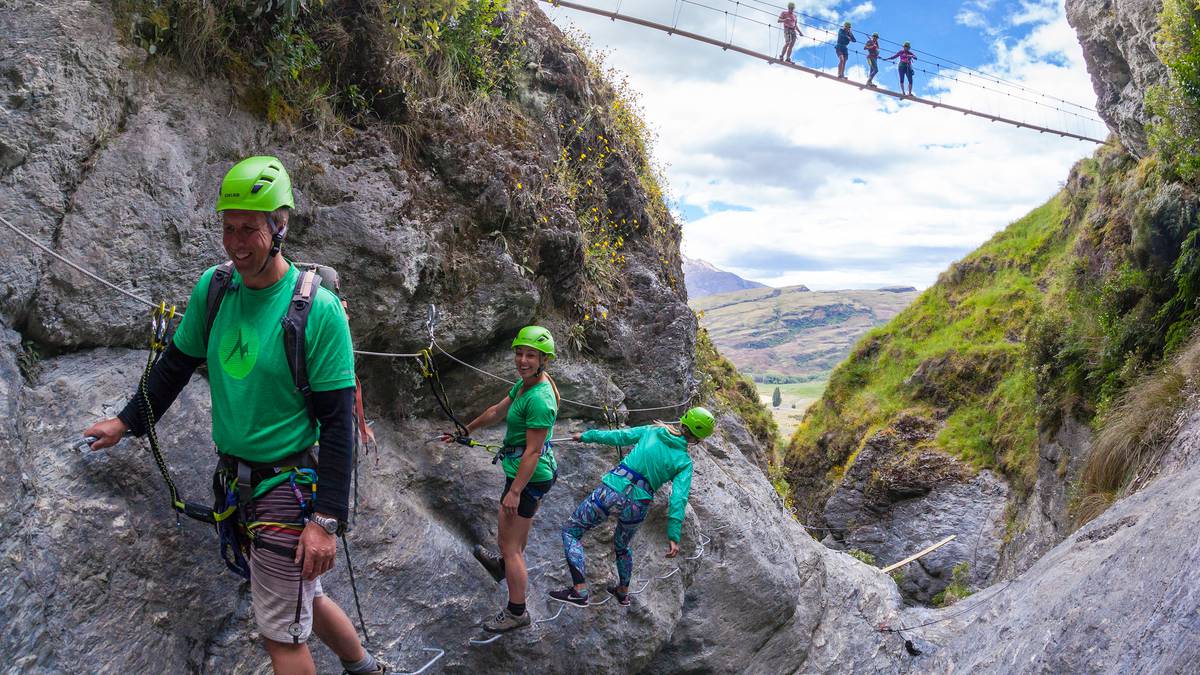 Pay what you want: Wildwire introduced the Koha climb for locals in May. Photo / Supplied, Wildwire

An adventure tourist attraction in Wānaka is inviting tourists to name their price and pay what they want for a climbing experience.

Operators of New Zealand’s most stunning “climb by wire”, Wildwire Wānaka have launched an initiative which invites Kiwis to climb for a Koha, or a donation of they think is fair for the experience.

Those with an aversion to heights might say you’d have to pay them before they attempt the “Lord of the Rungs” – a 450-metre ascent up a waterfall, roughly the height of the Petronas Twin Towers. However, the climb is perfectly safe. Clipped into the cable of a via ferrata or ‘iron route’, the experience allows those with moderate fitness to experience views normally reserved for serious mountaineers.

However, at $599 per climber the price can seem a little steep to some. Particularly after the belt-tightening many New Zealanders have felt, following the Covid downturn.

“80% of our business prior to Covid was International travellers,” says Mark Morrison, director of the adventure company. The ‘Climb for a Koha’ concept was launched after lockdown to get locals on the routes and keep 17 staff on payroll.

“We didn’t make money out of this, but we were able to employ lots of guides and spread some of the love through the community,” said Mark.

Having shown 500 locals the ropes in May and June the climb for a Koha is now being offered nationwide.

“We know that it’s not always affordable to get out there, particularly since Covid came along. So, we saw this as that opportunity,” says Mark.

Wildwire is hoping to offer 50 places a month via their Koha scheme. While the Koha works under a “pay what you can” model there is a suggested donation of $75 – to keep the climbs’ costs covered.

This will be taking place on the Level 1 Go Wild climb – which is perfect for kids.

“Go Wild is a fantastic family activity,” says Mark, who says he’s already head from groups looking forward to paying a price that is affordable for all the whanau.

Of course, there is a discount for Kiwis who can afford to pay a bit more. The centre is offering 25 per cent off all climbs this summer.

“Summer is ticking along slowly, but we have great support through our community,” says Mark. Wildwire did not qualify for Government support after Covid, and he says the support of Kiwis digging deep and keeping turning up to climb and support the tourism company has been deeply appreciated and heartfelt.