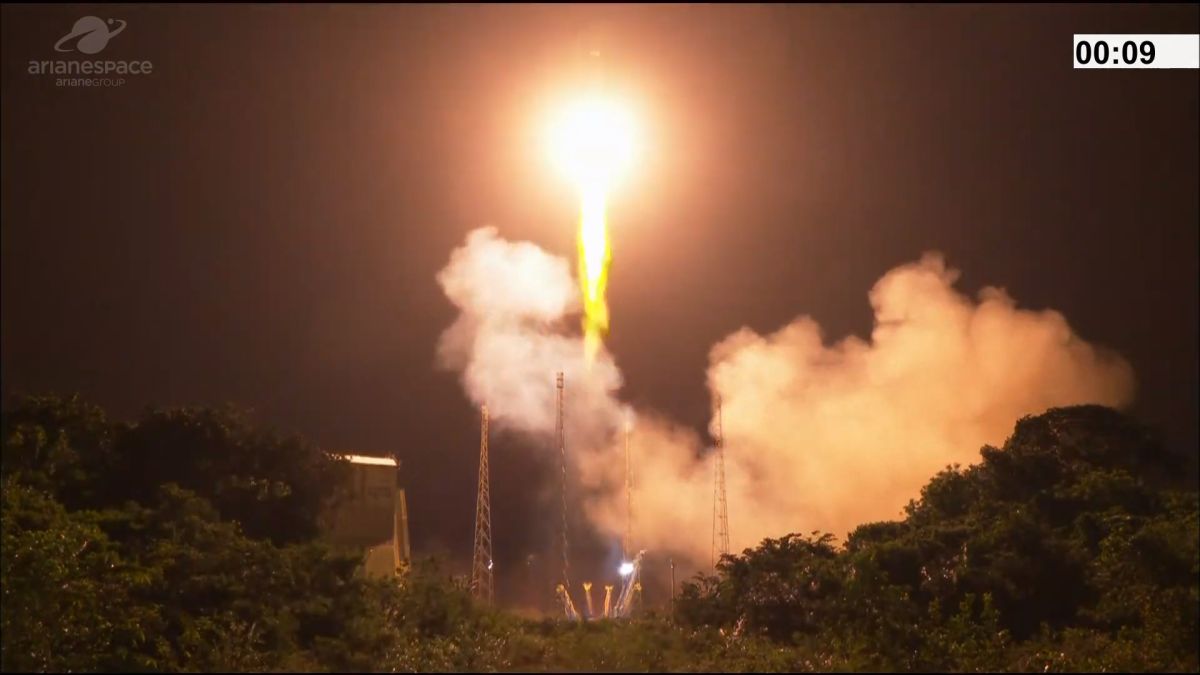 The satellite, called FalconEye 2, lifted off from the Guiana Space Center in Kourou, French Guiana, at 8:33 p.m. EST (10:33 p.m. local time and 0133 GMT on Wednesday, Dec. 2). The mission had been delayed for months in part due to a rocket issue that arose in early March, and in part due to the logistics associated with the coronavirus pandemic. Launch attempts on Sunday (Nov. 29) and Monday (Nov. 30) were delayed due to lightning and data-reception issues, respectively.

“The satellite is equipped with an Earth-observation payload, with very-high-resolution optical capabilities and completed by a ground system for monitoring, receiving and processing images,” Arianespace officials said of FalconEye 2 in a statement.

“[FalconEye 2] will have a dual mission: support the needs of UAE Armed Forces and provide commercial imagery for the market,” Arianespace added.

The launch was Arianespace’s eighth of 2020. Three of those missions were lofted by Soyuz rockets, three by Ariane 5 boosters and two by the smaller Vega rocket, one of which failed to reach orbit earlier this month.

FalconEye 2’s predecessor, FalconEye 1, was lost in another Vega launch failure, in July 2019. Minutes after that liftoff, Vega suffered a major anomaly, causing the loss of both the rocket and FalconEye 1.

An investigation concluded that Vega’s second-stage motor likely caused the rocket to fail, according to results released in September 2019.

“The commission identified the anomaly’s most likely cause as a thermo-structural failure in the forward dome area of the Z23 motor,” European Space Agency officials wrote in a statement at the time. The Z23 engine is used in the second stage of the four-stage Vega, a rocket made for small- to medium-sized satellites.

Vega returned to flight this year with a successful launch in September before suffering another failure on Nov. 16, which resulted in the loss of satellites for France and Spain. The latest incident remains under investigation.

FalconEye 2 was moved from a Vega rocket to a Soyuz rocket in early 2020, according to SpaceNews.