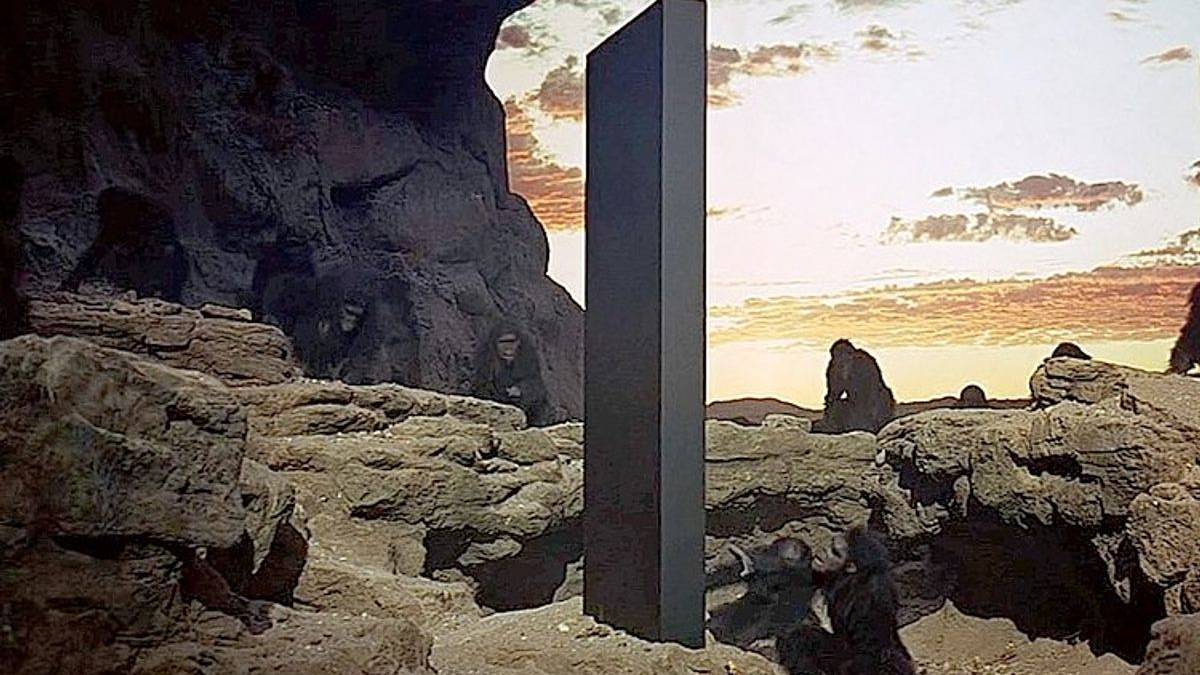 You wait for ages for an era-defining monolith created by an unseen alien race to appear out of nowhere – then two turn up at once.

After the mysterious emergence of a shiny metallic plinth in the Utah desert piqued the imaginations of sci-fi fans across the world last week, another appeared in rural Romania just a few days later.

Just like its American cousin, it too has vanished – seemingly without a trace.

Andrei Carabele, the mayor of the northern Romanian town of Piatra Neamt, where the structure appeared, told people there was “no reason to panic”.

But when he went to visit the structure on Tuesday (Wednesday NZT), he noticed it was gone. “On Sunday afternoon it was there, and now it’s disappeared,” he told the Telegraph.

The objects in Utah and Piatra Neamt have touched off international sci-fi speculation, recalling the classic 1968 Stanley Kubrick film 2001: A Space Odyssey.

In the Kubrick movie, an alien monolith is a recurring symbol planted by mysterious aliens that appears to be a catalyst in the development of human evolution.

“I like the idea that it could be some alien teenagers who are planting monoliths around the world,” the mayor said.

He had earlier said on Facebook that he was honoured that aliens had “chosen our city” but it would have been better if they had obtained a building permit first.

The Romanian monolith, which appeared to be covered in concentric circles and triangular at the top, was just a stone’s throw from the Petrodava Dacian Fortress, an important ancient fortress built by the Dacians between 82BC and AD106.

Many have speculated that it was originally intended as a form of conceptual art or “land art”.

Vasiliu George Lucian, a representative at the Museum of Art in the centre of Piatra Neamţ, was quick to shoot down both of these theories for the more recently discovered lump of metal in his own town.

“It has nothing to do with aliens or the Dacians, and I haven’t heard of any artists involved from Neamt County,” Lucian told the Telegraph. “I think it’s much simpler than that – I think it’s a hoax. There are some scrap metal yards just outside the city.”

The mayor had hoped that the structure could potentially become a tourist attraction for Piatra Neamt, a picturesque mountainous town with a population of around 100,000. But he offered a more sobering theory as to why the monolith disappeared in a matter of days.

“Whoever placed the monolith would have suffered legal consequences because we can’t allow structures without legal authorisation,” he said.

“It’s quite a mystery that this came up in a week that I had a chat with some local investors who don’t obey construction laws – it’s absolutely a bizarre coincidence.”

Utah’s monolith came to an ignoble end, according to the New York Times. Its disappearance had been a mystery until a photographer claimed to have witnessed it being pulled down, telling the newspaper two men tore down the monolith, broke it apart and ferried it away in a wheelbarrow.

“It must have been 10 or 15 minutes at most for them to knock over the monolith and pull it out,” the photographer said. “We didn’t know who they were, and we were not going to do anything to stop them. They just came in there to execute and they were like: ‘This is our mission’.”

Blurred pictures appear to show the structure was hollow, with the New York Times claiming its armature was made from plywood.