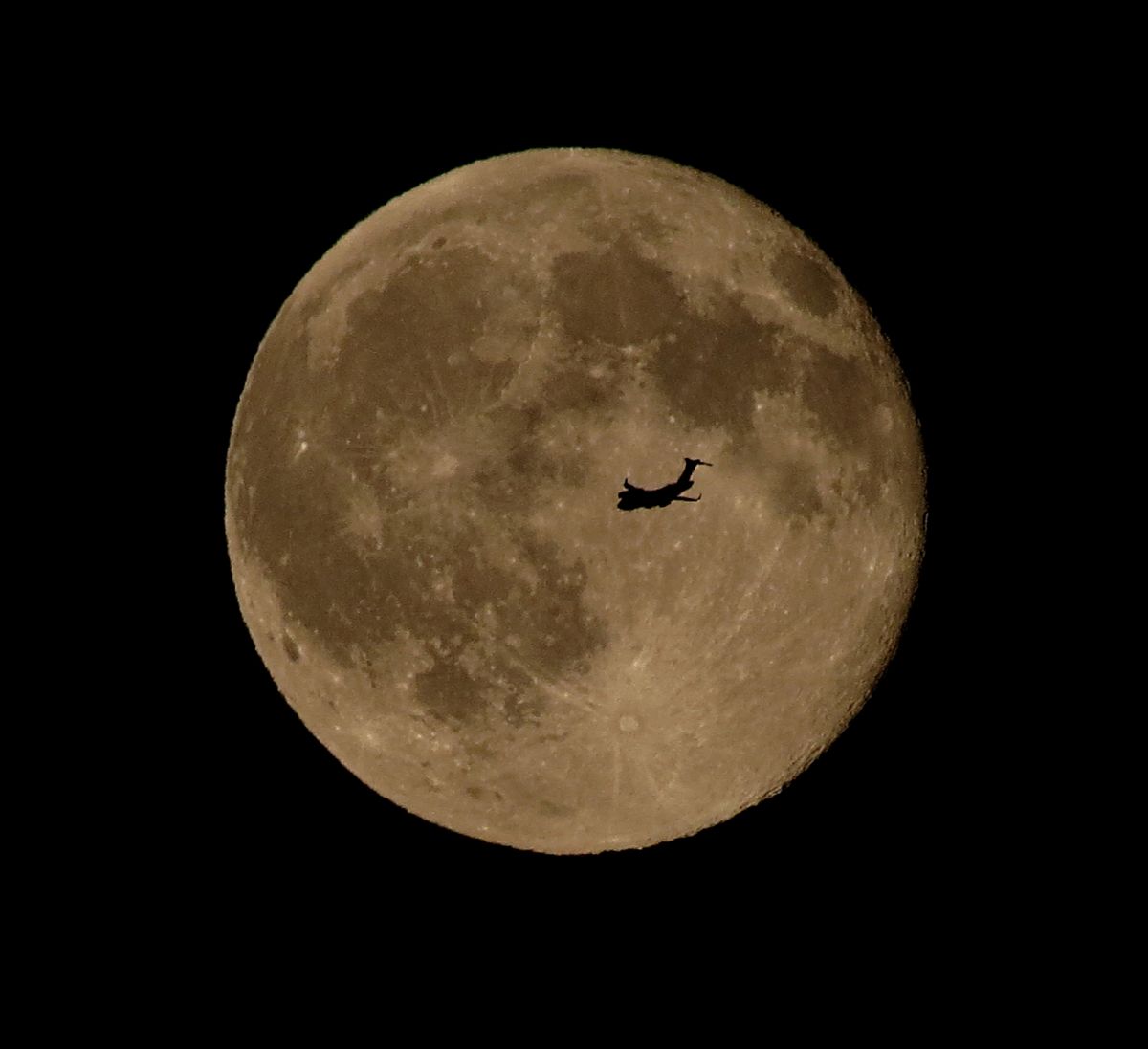 The moon shows its full face to Earth about once a month. Well, sort of.

Most of the time, the full moon isn’t perfectly full. We always see the same side of the moon, but part of it is in shadow. Only when the moon, Earth and the sun are perfectly aligned is the moon 100% full, and that alignment produces a lunar eclipse.

And sometimes — once in a blue moon — the moon is full twice in a month (or four times in a season, depending on which definition you prefer). [The Moon: 10 Surprising Facts]

This month’s full moon occurs on Tuesday, Dec. 29 at 10:28 p.m. EDT (3:28 UTC, Dec. 30), but the moon will appear full the night before and after its peak to the casual stargazer. This December’s full moon is known as the Cold Moon, though it has many other nicknames by different cultures.

If you know a youngster who can’t get enough of the moon, then they’ll be delighted with views through the Orion GoScope II. Revealing craters and seas up close, this little telescope comes with a carry case and moon map.View Deal

This is when full moons will occur in 2020, according to NASA:

Many cultures have given distinct names to each month’s full moon. The names were applied to the entire month in which each occurred. The Farmer’s Almanac lists several names that are commonly used in the United States. There are some variations in the moon names, but in general, the same ones were used among the Algonquin tribes from New England on west to Lake Superior. European settlers followed their own customs and created some of their own names.

Other Native American people had different names. In the book “This Day in North American Indian History” (Da Capo Press, 2002), author Phil Konstantin lists more than 50 native peoples and their names for full moons. He also lists them on his website, AmericanIndian.net.

Amateur astronomer Keith Cooley has a brief list of the moon names of other cultures, including Chinese and Celtic, on his website. For example,

Full moon names often correspond to seasonal markers, so a Harvest Moon occurs at the end of the growing season, in September or October, and the Cold Moon occurs in frosty December. At least, that’s how it works in the Northern Hemisphere.

In the Southern Hemisphere, where the seasons are switched, the Harvest Moon occurs in March and the Cold Moon is in June. According to Earthsky.org, these are common names for full moons south of the equator.

The moon is a sphere that travels once around Earth every 27.3 days. It also takes about 27 days for the moon to rotate on its axis. So, the moon always shows us the same face; there is no single “dark side” of the moon. As the moon revolves around Earth, it is illuminated from varying angles by the sun — what we see when we look at the moon is reflected sunlight. On average, the moon rises about 50 minutes later each day, which means sometimes it rises during daylight and other times at night.

At new moon, the moon is between Earth and the sun, so that the side of the moon facing toward us receives no direct sunlight, and is lit only by dim sunlight reflected from Earth.

A few days later, as the moon moves around Earth, the side we can see gradually becomes more illuminated by direct sunlight. This thin sliver is called the waxing crescent.

A week after the new moon, the moon is 90 degrees away from the sun in the sky and is half-illuminated from our point of view — what we call first quarter because it is about a quarter of the way around Earth.

A few days later, the area of illumination continues to increase. More than half of the moon’s face appears to be getting sunlight. This phase is called a waxing gibbous moon.

When the moon has moved 180 degrees from its new moon position, the sun, Earth and the moon form a line. The moon’s disk is as close as it can be to being fully illuminated by the sun, so this is called full moon.

Next, the moon moves until more than half of its face appears to be getting sunlight, but the amount is decreasing. This is the waning gibbous phase.

Days later, the moon has moved another quarter of the way around Earth, to the third quarter position. The sun’s light is now shining on the other half of the visible face of the moon.

Next, the moon moves into the waning crescent phase as less than half of its face appears to be getting sunlight, and the amount is decreasing.

Finally, the moon moves back to its new moon starting position. Because the moon’s orbit is not exactly in the same plane as Earth’s orbit around the sun, they rarely are perfectly aligned. Usually the moon passes above or below the sun from our vantage point, but occasionally it passes right in front of the sun, and we get an eclipse of the sun.

Each full moon is calculated to occur at an exact moment, which may or may not be near the time the moon rises where you are. So when a full moon rises, it’s typically doing so some hours before or after the actual time when it’s technically full, but a casual skywatcher won’t notice the difference. In fact, the moon will often look roughly the same on two consecutive nights surrounding the full moon.