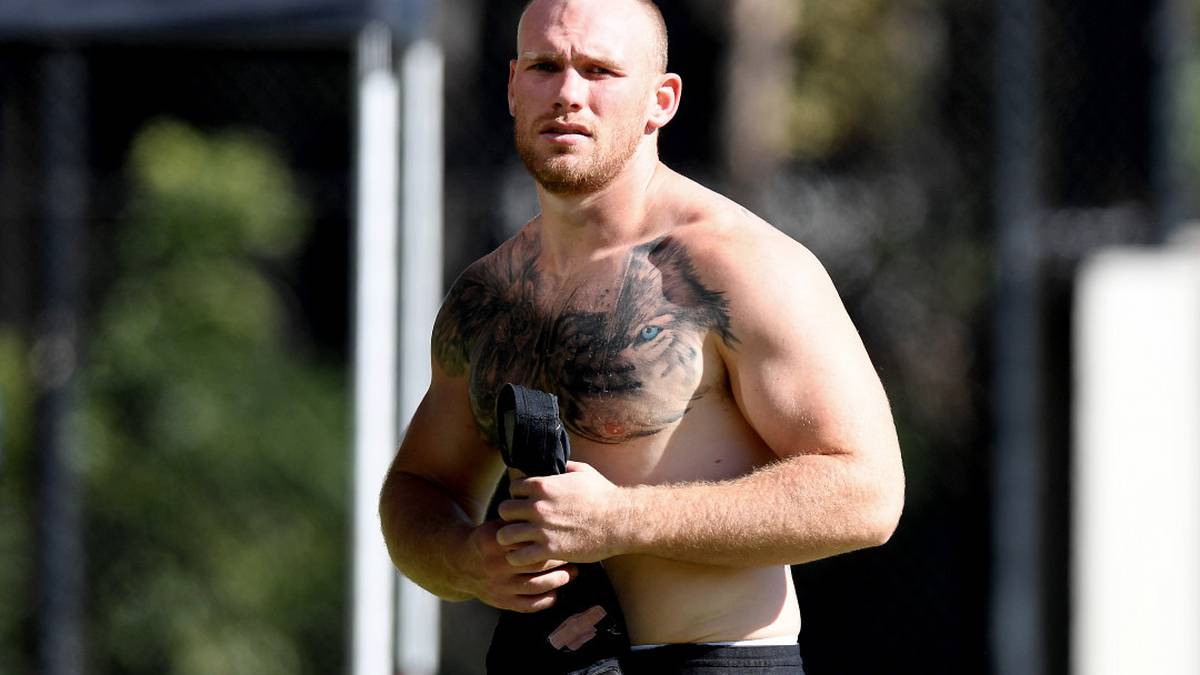 Channel Nine believe Lodge, who is the son-in-law of Warriors recruitment manager Peter O’Sullivan, has become expendable to the Broncos – a club with an excess of big forwards in their squad.

The Warriors, however, are in desperate need of big men with experience, especially after the retirement of veteran prop Adam Blair in September.

Axed Brisbane coach Anthony Seibold backed Lodge to be the club’s next captain in 2018 while NSW coach Brad Fittler revealed Lodge was on his radar for Origin selection earlier this year.

However, Lodge’s prowess with the ball would also come paired with a controversial history off the pitch.

In 2015, Lodge was arrested in New York over a drunken home invasion. In the video of the incident, Lodge was seen punching a hole in the wall and shouting abuse. Lodge’s contract with the Tigers was terminated on October 18. Lodge spent two weeks in jail after being released to serve community service.

Lodge was ordered to pay more than $A1.6 million in damages in the case, after he pleaded guilty to a misdemeanour reckless assault charge.

He avoided a 12-month jail term in the US with the plea deal to compensate the victims.

Lodge’s signing would also resurrect the controversy surrounding players managed by Isaac Moses who was accused by rugby league legend Ricky Stuart earlier in 2020 of ruining the Warriors club.

The Warriors have missed out on a stack of players they have reportedly targeted previously – including Lodge in 2019. This raises the idea that the club is ripe for being used as a bargaining chip in negotiations, with players’ alleged interest and big offers helping improve the deal for those who have no intention of actually shifting to Auckland.

The 25-year-old is on nearly $NZ1 million a season at the Broncos and will likely get a pay rise at the Warriors if the deal is finalised.