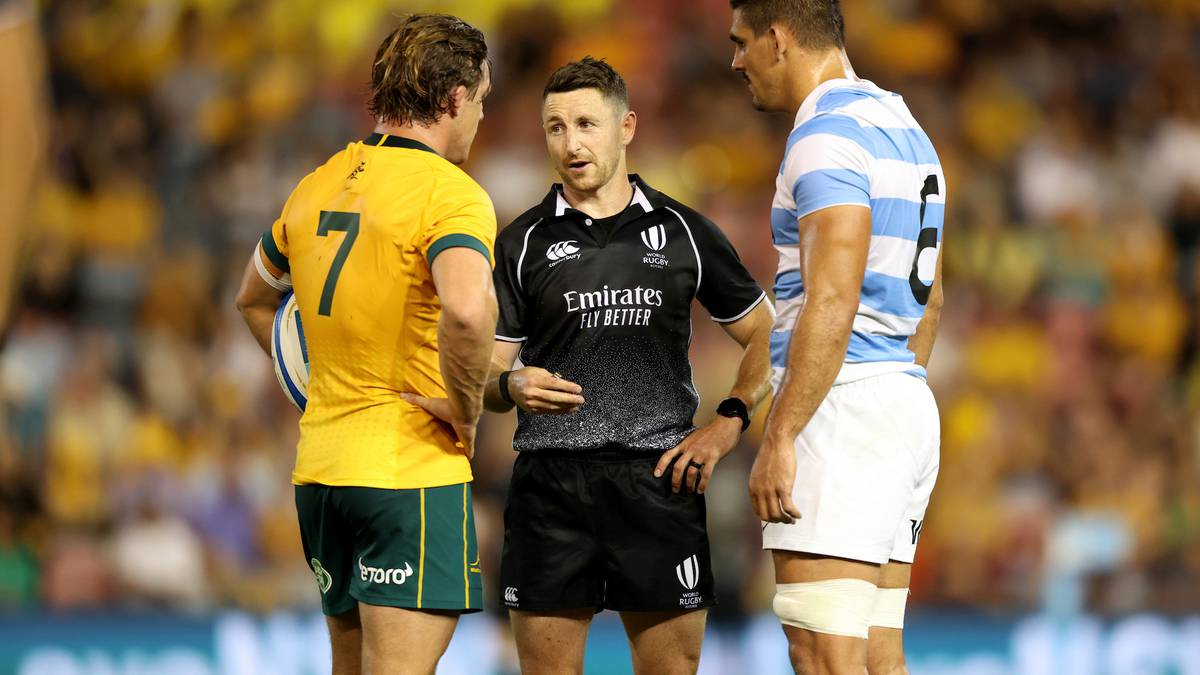 Argentina should be the darlings of world rugby, after overcoming pandemic hurdles to score an historic win over the All Blacks.

But their heart-warming story is taking a turn for the worse with their outstanding captain Pablo Matera at the centre of the storm.

Matera has been widely criticised for pulling the hair of the Wallaby hooker Brandon Paenga-Amosa during the boring 15-all Tri-Nations draw with the Wallabies in Newcastle.

And one Australian writer has turned the heat up further, accusing the Pumas of operating a dirty tricks campaign.

Julian Linden, in the Daily Telegraph, wrote: “Discipline remains Australia’s biggest problem. The Wallabies still give away too many stupid penalties and cough up possession by pushing passes that aren’t on.

“Worst of all, they keep taking the bait and retaliating to off the ball incidents that blow up in their faces.

“The Pumas get a lot of praise for their passion but they deserve plenty of stick for their dirty little tricks – which include pulling hair, kicking players and blatantly lying on the ball.

“The Wallabies know that but still fall for it every time and it cost them dearly in Newcastle.”

It raises the spectre of a spiteful return bout between the All Blacks and Pumas in Newcastle on Saturday.

Veteran All Black hooker Dane Coles was roundly criticised for losing his cool against the Pumas, conceding a penalty reversal after slapping an opponent in the face. And the once invincible All Blacks get rattled under pressure, something all opponents will play on.

The Argentinians are using a spoiling game suited to their strengths and weaknesses which increases the chances of bad blood flowing in their matches.