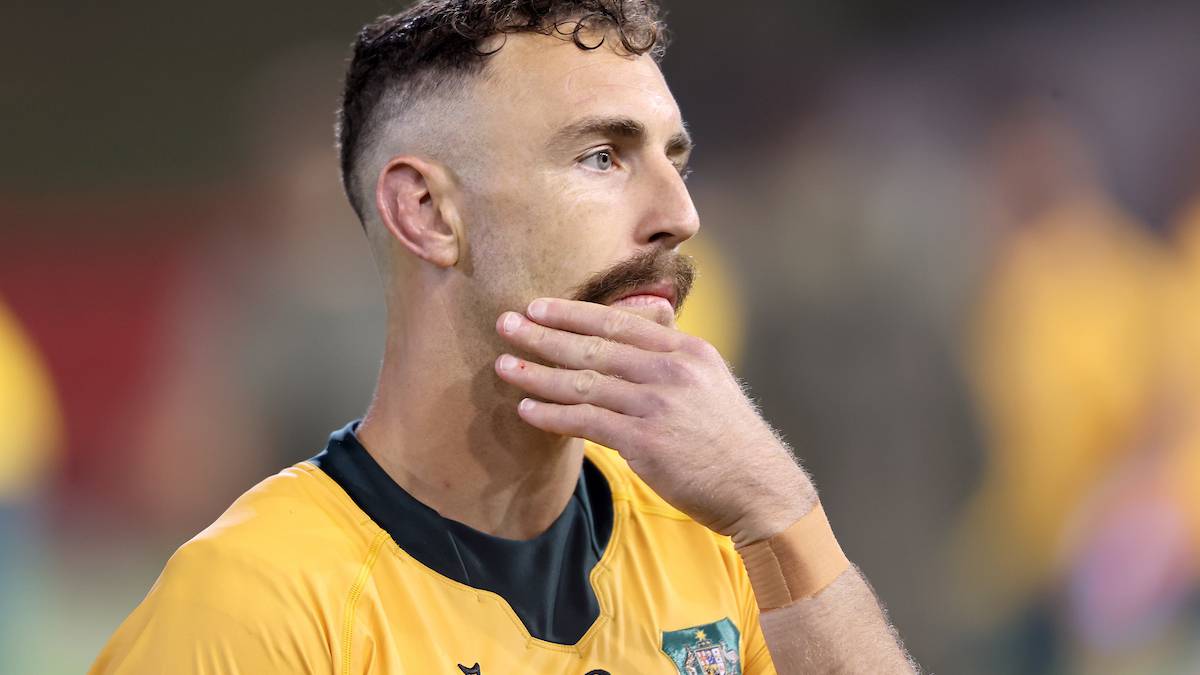 Nic White of the Wallabies reacts following the draw against Argentina. Photosport

Despite back-to-back defeats, the All Blacks look to be back in the driving seat to claim the Tri Nations following the draw between Australia and Argentina in Newcastle last night.

Thanks to boot of Nicholas Sanchez once again, the Pumas came back from 15-6 down to claim a 15-15 draw. It was just the second draw between the two nations, the only other one being in 1987.

The result means the All Blacks remain top of the Tri Nations with all three teams now sitting on six points.

Argentina have an extra game in hand but despite that, it appears the All Blacks are in the best position.

Ian Foster’s team have a superior points difference and a victory against Argentina on Saturday could all but secure the title.

A win on Saturday in Newcastle would put the All Blacks four points, or possibly five points but let’s not get carried away, clear of Argentina and Australia who will play the final test in Sydney in a fortnight.

That would mean Argentina or Australia would need to beat the other team by at least 17 points, or with a bonus point to deny the All Blacks. And that’s just going off if the All Blacks beat the Pumas by a solitary point.

But if the Pumas did secure a second straight win over the All Blacks, then the Tri Nations should be theirs as Australia would need a big win in their final clash to haul them in.

Australia now have the week off and prepare for their final test of the year while Argentina face a third straight weekend of test action.