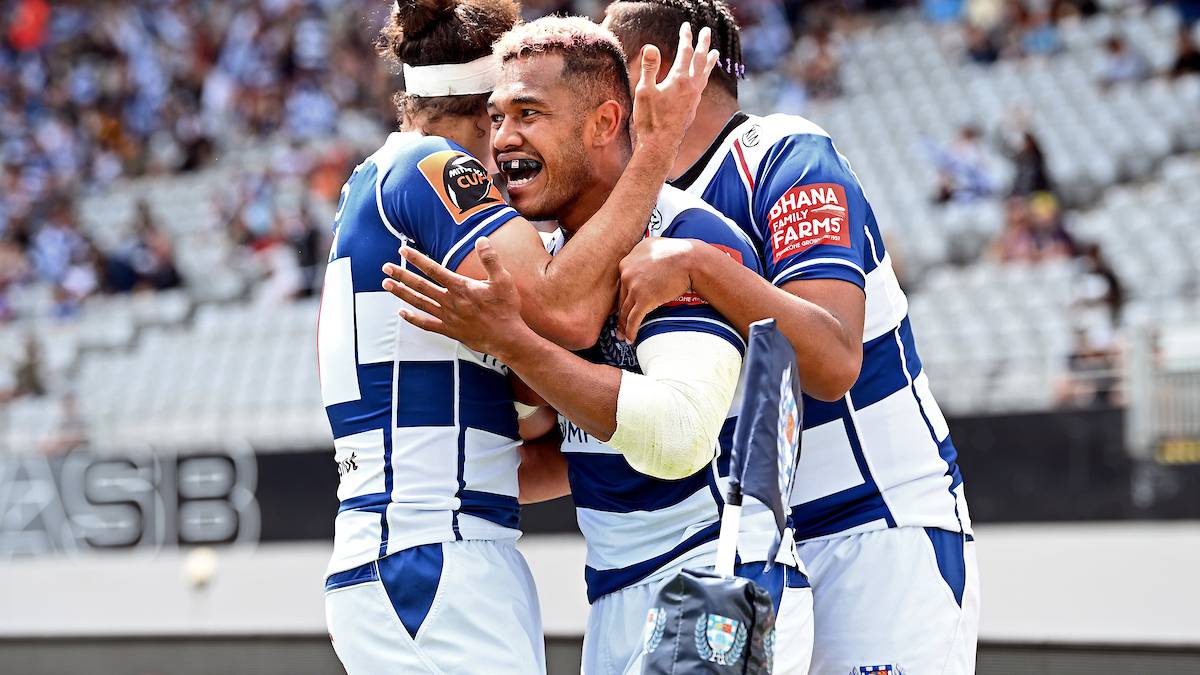 Auckland have punched their ticket to the final of the Mitre 10 Cup Premiership, toppling Waikato 23-18 at Eden Park.

In a battle of first versus fourth, the higher ranked side came away with the win, but did so in rather shaky fashion.

The scoring started in the most unusual manner. Auckland were applying pressure on the Waikato and forced the visitors to kick for territory. The clearing kick was partially charged down, however, and fell into the hands of Waikato first-five Fletcher Smith, about 20m in front of the kicker. Because it had been touched, everyone was onside, and Waikato had the numbers to spread it wide. Eventually, hooker Samisoni Taukei’aho crossed in the corner.

Despite finding themselves behind early, Auckland were having the better of the opening play. With a spot in the final on the line, they looked to accumulate the points when they were on offer, kicking back-to-back penalty goals to take a slim lead.

It wasn’t long before Waikato took the lead back however, swinging the ball through the hands and unleashing flanker Adam Thomson in space who scooted away to score from about 22m out.

Both sides missed opportunities to add to the score line off the tee, spraying very kickable penalty attempts, but a Salesi Rayasi try saw Auckland close the gap to four points at the break.

It didn’t take long for Auckland to hit the front again after the break, with second five-eighth Tanielu Tele’a crossing just after the restart, before his midfield partner Tumua Manu followed less than 10 minutes later.

Auckland’s defence held strong and came up with some big, vital turnovers deep in their own territory in the final 15 minutes – none more important than that of Jack Whetton in the 80th minute, which allowed the hosts to kick the ball into touch and close out a nervy win.