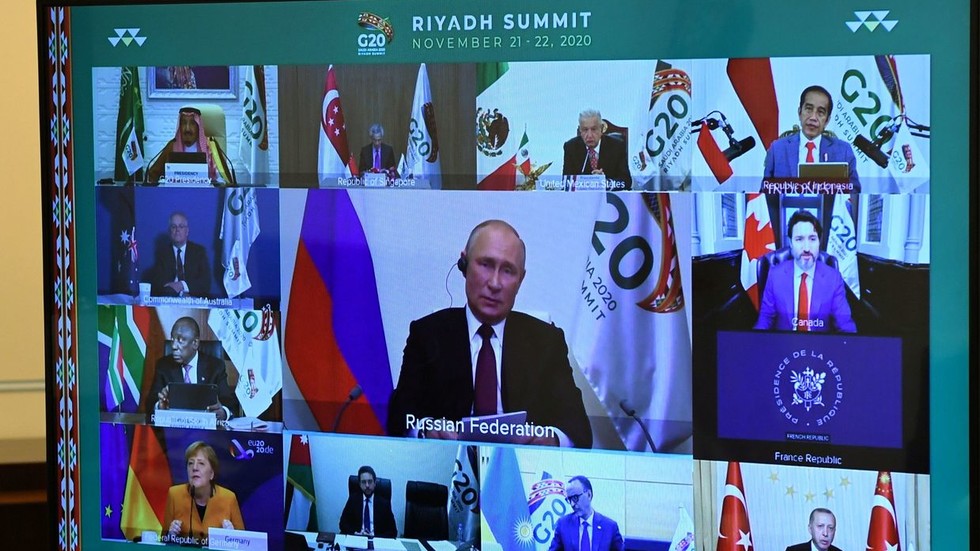 “We have to tackle the urgent problems that have accumulated in international trade. In particular, it is necessary to try and curb protectionism, abandon the practice of unilateral sanctions, and resume supply chains,” Putin told the virtual G20 summit.

Russia’s leader noted that the reinvigoration of international trade was also discussed during an Asia-Pacific Economic Cooperation (APEC) meeting on Friday. The G20 group should also adapt the existing rules of multilateral trade to the booming e-commerce sector, Putin added, noting that there’s still a lot of work to be done in this field.

Apart from abandoning the practices harming international trade, the G20 group should “continue efforts” to reform the World Trade Organization (WTO). While the Geneva-based body has repeatedly come under criticism from various sides, it remains the only body to coordinate global trade and enforce its rules, Putin stressed.

Also on rt.com
There’s no alternative to the WTO, but it needs reform – Putin


“It is impossible to achieve this goal without a stable, effective and multilateral trading system based on universal rules and principles, and there is no alternative to the World Trade Organization at the moment,” he added.