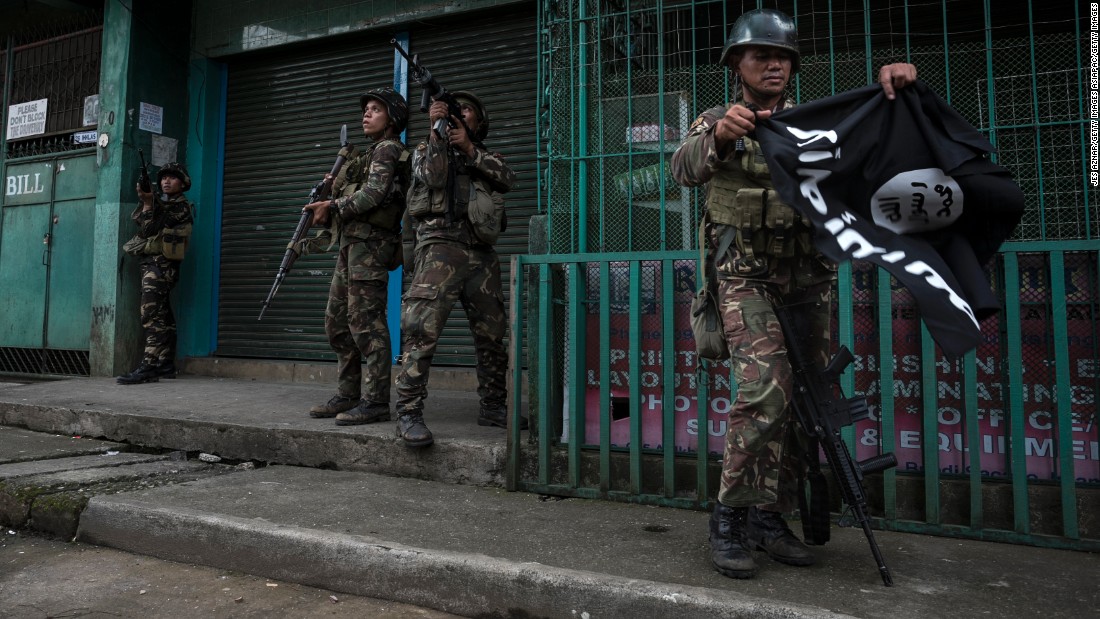 Most Recent
November 21, 2020November 21, 2020 newsnationglobal 0 Comments global, jihadist, leaders, Opinion, opinions, outliving, The jihadist threat is outliving its global leaders - CNN, threat
“It is now possible to see the contours of how the war against al Qaeda ends.” So said Christopher Miller on Sept. 10, while the director of the National Counterterrorism Center. Fast forward two months and Miller is now acting Secretary of Defense and signaling that the US is in a “critical phase” in which “all wars must end.” These statements should be seen within the context of the outgoing Trump administration seeking to drive a last-minute agenda, but they reflect a wider American trend — not just of pulling back from foreign engagements, but of believing the threat posed by jihadist terrorism is at an all-time low.

That is a dangerous sentiment, and it could allow a new form of terrorism to grow in the coming years.

Two impressions are driving the sense that jihadists pose less of a threat today: First, a belief that the US homeland is now safer than it has ever been from a 9/11-style attack; and second, faith in “leadership decapitation” — killing leaders in the field — as the key to defeating terrorism. The first assessment may be true, but it is also misleading. The second comprehensively misunderstands the forces now driving jihadists worldwide.
For years now, al Qaeda has been undergoing a process of decentralization, whereby its original generation of leaders has grown more and more distant from their affiliates across the globe. Some of this is due to the effect of sustained pressure exerted by US aircraft, special forces and allied nations — all of which has forced terrorist leaders into hiding, where they become increasingly disconnected. It is also the simple consequence of having a profoundly uncharismatic leader in Zawahiri, whose propaganda is like listening to someone read a Victorian encyclopedia.

As a result, in the last few years, al Qaeda affiliates have gained a great deal of autonomy to pursue their own agendas within their respective local environments. In so doing, jihadist terrorism has changed: The global has given way to the local, as affiliates in North Africa, the Sahel, Yemen and South Asia embed increasingly deeply into local conflict dynamics, building alliances with non-ideological actors and engaging extensively in local politics.

The demands of local agendas are complex and fluid, making strategic decisions a constant necessity and something distant leaders like Zawahiri have little if any influence over. Over time, as more decisions are made, al Qaeda’s leadership has become less and less relevant. In Syria, al Qaeda’s longtime affiliate originally known as Jabhat al Nusra traveled so far down this road it is no longer considered al Qaeda and is now managing a semi-technocratic governing body and publicly expressing a desire to engage with foreign governments.

Though its territorial caliphate in Syria and Iraq is no more, ISIS is already engaged in a slow but methodical resurgence, taking advantage of Syrian regime weakness, US withdrawal away from rural positions in Iraq, and more. Further afield, ISIS’s wilayat (or provinces) appear to be competing with al Qaeda’s affiliates, using the exact same local playbook: exploit pre-existing local strife to establish a presence, embed itself within a local community, and exacerbate conflict for its own interests. Nowhere is that reality more clear than in Africa, where ISIS branches are intensively active in Mozambique, Niger, Mali, Nigeria, Chad, Somalia and the Congo.

While this localizing trend suggests jihadists are probably less interested in plotting large-scale terror attacks in Europe or the US, it would be naïve to put our foot on the brakes.

Jihadists are growing deeper roots in more countries around the world than ever before, and that should raise very serious concerns. We are seeing the emergence of more and more ungoverned spaces ripe for jihadist exploitation, and in developing countries, governments’ capacity to pre-empt or respond to jihadist challenges is declining.

If today’s trajectory continues, it is likely that we will be staring at multiple jihadist statelets across the world within a matter of years. The longer these ungoverned vacuums remain, the more deeply jihadist actors will embed themselves in local settings and the smarter and more flexible they will become in responding to external challenges. The world will become increasingly unstable as our allies weaken, riven by a plethora of local conflicts, all or many of which could provide the means for the jihad to once again go global — but with greater resources than ever before.

This possibility represents a consequential threat to US national security interests and cannot be allowed to come to fruition.

The time has come for a smarter and more holistic approach to countering terrorism, one focused as much on the long-term as on the immediate. The US must continue to utilize its unmatched means to target senior jihadist operatives and those actively committed to the global agenda, but more emphasis should be paid to building the capacity of allies and partners worldwide so that they can one day deal with their own respective local challenges alone.

We must also finally recognize that ideology is rarely if ever the sole or primary driver of terrorism, and indeed, ideologies cannot be defeated. Ungoverned spaces, autocratic rule, corruption, economic decline, disenfranchisement, and ethnic, sectarian or communal strife are all the principal drivers that allow terrorists to become more than a marginal fringe.

If the world is to face this global threat with a global strategy, it will have to involve addressing all those issues. If they’re left to fester, a movement in the process of localizing could once again become a worldwide problem.