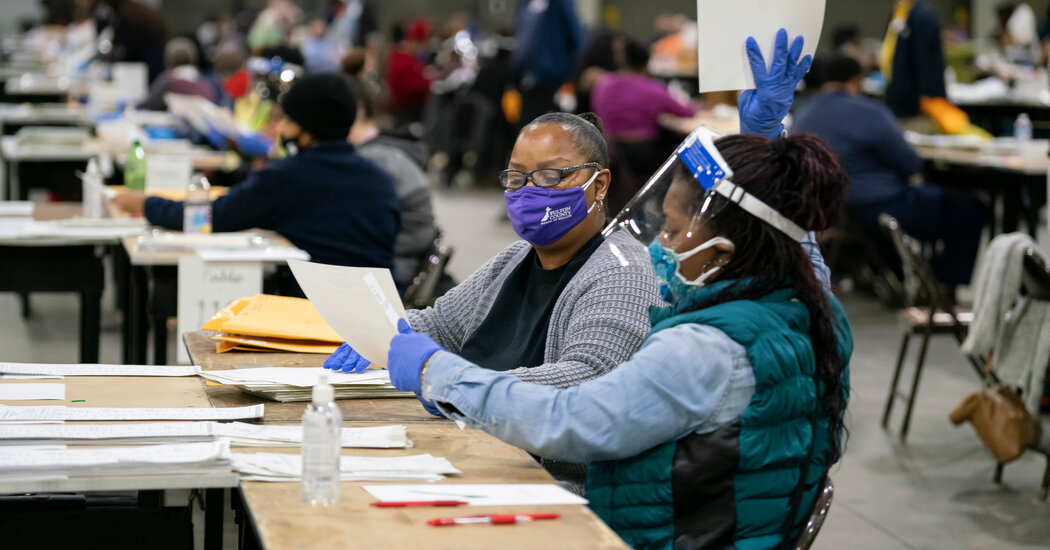 “If there is any chance whatsoever that Joe Biden will be the next president, and it looks like he has a very good chance, the Trump Administration should provide the Biden team with all transition materials, resources and meetings necessary to ensure a smooth transition so that both sides are ready on day one,” Mr. Alexander said. “That especially should be true, for example, on vaccine distribution.”

Their comments follow those of other Republicans who were more forceful in their criticism of the president on Thursday. Senator Mitt Romney of Utah said the president was trying to “subvert the will of the people,” and Gov. Larry Hogan of Maryland said it was “bad for the country and our standing in the world.”

Mr. Trump has continued to look for ways to reverse the election result even though there is still no likely legal path for him to succeed. He has discussed with aides a dubious theory that if certification were delayed in states with Republican-controlled legislatures, the lawmakers might then name a new slate of electors more favorable to him.

But in Michigan, for instance, that appears nearly impossible. While the state canvassing board process is considered perfunctory once all 83 counties certify the results, at least one of the Republican members, Norm Shinkle, has indicated he may ask for an investigation. Any deadlock will most likely be taken to the state Court of Appeals, seeking an order to force the canvassing board to certify the election results.

If the board still refuses to certify after the court order, Gov. Gretchen Whitmer, a Democrat, could remove the members who refuse to certify, after a hearing, said Steve Liedel, an election law attorney from the Dykema Gossett firm in Lansing.

The delegation of seven Michigan lawmakers said in a statement by Mike Shirkey, the State Senate majority leader, and Lee Chatfield, the speaker of the Michigan House, that they had accepted the invitation from the president to push for additional federal funds to help in the fight against the coronavirus. But they also sent a message about what they stand for, at a moment when Michigan Republican officials are facing pressure from all sides on the vote count.