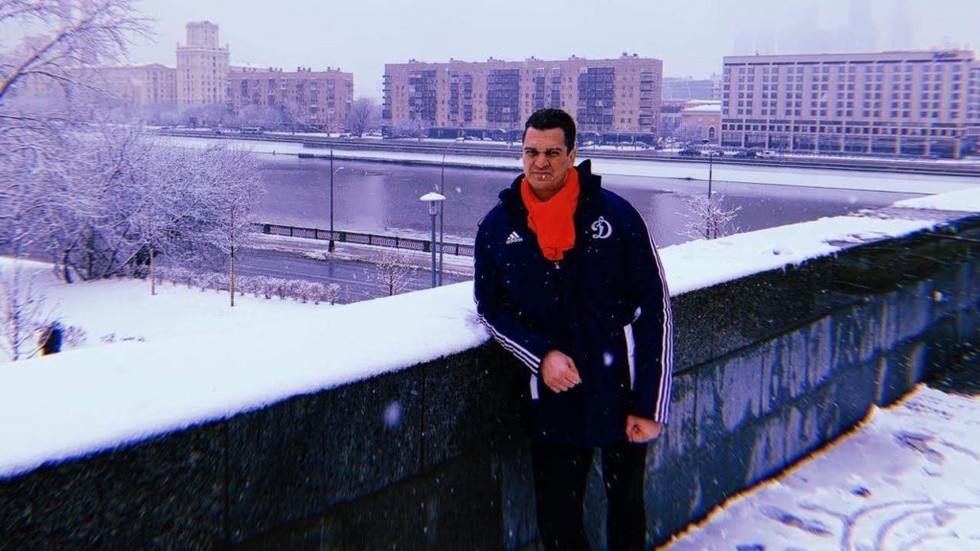 A Brazilian man accused of attacking a movie company over its depiction of Jesus Christ as homosexual has asked Russia for asylum after being arrested in Moscow in September at the request of Interpol.

Eduardo Fauzi is among five suspects in what prosecutors say is an attempted murder and was detained on behalf of international police in Russia after being added to a wanted list.

Fauzi stands accused of throwing Molotov cocktails at the Portados Fundos movie studio in Rio de Janeiro, endangering the life of a security guard who had been inside the building at the time. The production company had been involved in making ‘The First Temptation of Christ,’ a comedy that sparked outrage in Brazil when aired on streaming service Netflix. More than two million people have signed a petition calling the show to be banned. In the production the character of Jesus brings home a presumed boyfriend to meet his family.


Now, as Brazil seeks to extradite him to stand trial, Fauzi is claiming refugee status because, his lawyers say, if sent home his life will be threatened by the “extremist gay community.” According to his Russian lawyer, Vitaly Chernykh, activists had threatened him with “reprisals, declaring that they would not tolerate such manifestations of homophobia and aggression.”

“In his opinion, these gay circles are associated with drug trafficking,” the lawyer added, and Fauzi “believes that when he is extradited and goes to a local prison, the Brazilian state will not be able to protect him.” Chernykh argued that Fauzi felt safer in Russia, where “they take more seriously the protection of the feelings of believers and the protection of believers themselves.” He went on to say that “the film offended [his client’s] Christian beliefs, but in Brazil nobody cares.”

The Russian Ministry of Internal Affairs will now interview Fauzi in jail to assess his claim and decide whether to grant him asylum. Given the Brazilian’s visa has now expired, he is likely to be deported if his application is unsuccessful.


Tensions over LGBT rights are common in the South American nation, which has some of the most comprehensive rights and protections for the community worldwide. However, at the same time, Brazil is the single largest Catholic community in the world, and its current right-wing government has repeatedly clashed with activists. Last year, Jair Bolsonaro, the country’s President, criticized a Supreme Court decision that equated homophobia to other forms of discrimination, like racism. In the past, the populist President has claimed that he would be “incapable of loving a homosexual son.”