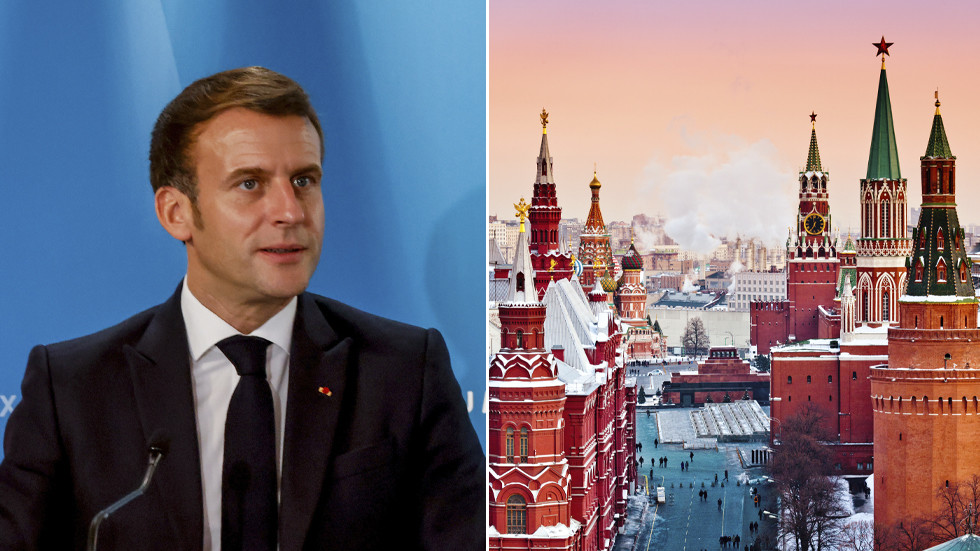 By Glenn Diesen, an Associate Professor at the University of South-Eastern Norway and an editor at the Russia in Global Affairs journal. Follow him on Twitter @glenndiesen

Russia and France have different objectives, yet both recognise the need to push back against Turkey’s expansionism, the intrusive influence of the US, and the zero-sum security architecture in Europe, which threatens stability.

Emmanuel Macron has called on the European Union to reconsider policies towards Russia and improve relations. The French President’s move deserves a favourable response as rapprochement is sadly now a politically bold move in the Euro-Atlantic community.

France has also requested a role in establishing lasting peace in Nagorno-Karabakh. Paris approved of Turkey’s collaboration with radical militant groups in Syria, although now objects as Ankara exports the same fighters to Libya and the South Caucasus. Paris has traditionally depicted all anti-Russian Chechens as freedom fighters, albeit it now calls for greater anti-terrorism cooperation with Moscow.

Russia has become more capable of balancing Western unilateralism in recent years, yet Russia should also support multilateral alternatives. Moscow needs a new partner for a different approach to the West. Washington is becoming more unhinged in its last stand for global hegemony, London will shore up its post-Brexit role in Europe as a security provider embroiled with Cold War rhetoric, and Berlin’s vision for Europe infers it will become increasingly unreliable and belligerent.

Tensions between Russia and France derive from the failure to reach a post-Cold War settlement that removed the dividing lines in Europe. EU and NATO expansionism without offering membership to Russia inevitably made “European integration” a continuation of zero-sum bloc politics.

Macron seeks French leadership in a sovereign and strengthened EU, which does not entail including Russia in a shared European security architecture. Meanwhile, Russia has also abandoned former illusions about a Greater Europe and is now pursuing a strategic partnership with China to develop a Greater Eurasia. Keeping in mind these realities, a Russian-French partnership would be limited to mitigating and managing the dividing lines in Europe.

France has been a supporter of the zero-sum policies in Ukraine and the subsequent anti-Russian sanctions. However, Paris has also recognised that the effort to encircle and isolate Russia has failed.

Also on rt.com
Biden administration will find it hard to integrate itself in a world changed by Trump

Macron is deeply critical of Russia, yet he cautioned that “pushing Russia away from Europe is a deep strategic error because we are pushing Russia either to isolation which increases the tensions, or to ally with other great powers like China”. Macron seemingly attempts to play the role of a new Kissinger that reaches out to Moscow to prevent Russia from cosying up to China.

The expansionist impulse of the EU and NATO prevents a new status-quo from establishing itself, which shatters any hopes of stability and cooperation with Russia. Yet, France has historically been more apprehensive towards EU expansionism as the German economy has been the main benefactor of the contemporary drang nach osten. The continued French hesitation with further expansion into the Balkans should be welcomed as pause in the EU’s quest for exclusive influence.

Cooperation with the EU in the shared neighbourhood is not feasible as Brussels zero-sum foreign policy along Russian borders consists largely of “saving” Russian neighbours from Moscow’s influence. Brussels has also been reluctant to establish cooperation with the Eurasian Economic Union and Washington has expressed its intention to destroy the Russian-led economic club.

In contrast, France has signalled a less hostile foreign policy by calling for cooperation with the Eurasian Economic Union, which could replace the winner-takes-all mentality with mutually beneficial inter-regional solutions.

France is advocating the militarisation of the EU, possibly an undesirable development as a fragmenting and insecure bloc will likely seek unity in opposition to the Russian bogeyman. However, an EU army would reduce the excessive dependence on the US and thus enable a more independent foreign policy. By establishing EU military competencies, Paris would also have a greater role in an increasingly German-dominated Europe.

A divided Europe under a US-Chinese duopoly

Moscow is profoundly critical of NATO as it makes European Union-Russian relations hostage to US-Russian relations. Macron’s talk of “European sovereignty”, “strategic autonomy” is a step in the right direction. Macron is refashioning himself as a modern Charles de Gaulle, seeking to rid Europe of its vassalage status.

The militarised division of the old continent weakens both the EU and Russia at a time when the US and China emerge as the main powers. Washington is making great efforts for the Europeans to fall in line, and any Beijing will likely rely on in Russia to collectively balance the US. France and Russia share the objective of not becoming political objects in the US-Chinese duopoly.

Macron recognises “we are undoubtedly experiencing the end of Western hegemony over the world” and opined that Europe cannot simply become a political object by positioning itself under the leadership of one side. Macron famously referred to NATO as “brain dead” and was wary of the “instability of our American partner”.

Also on rt.com
Macron needs the help of Muslim world leaders or France’s tally of decapitated heads will continue to rise

In the multipolar world, the US has less to offer Europe but demands more as US-Chinese rivalry intensifies. Washington therefore becomes more reliant on economic coercion to ensure the Europeans fall in line. Washington has previously sanctioned France for trading with US adversaries, and Paris now seeks greater financial and technological sovereignty to limit US judicial extraterritoriality. The clear message from Paris is that there will not be a return to normal under the incoming Biden administration.

The second Secretary-General to the UN famously remarked that the UN “was not created to take mankind to heaven, but to save humanity from hell”. A Russian-French partnership would similarly not resolve the problem of European dividing lines as the foundation for conflicts. However, the policies advocated by Paris would at least make it possible to mitigate and manage the consequences of the security architecture inherited from the Cold War.

Also on rt.com
No Syrian militants deployed to Nagorno-Karabakh: They ‘have things to do’ in their own country, insists Turkish leader Erdogan

The statements, views and opinions expressed in this column are solely those of the author and do not necessarily represent those of RT.