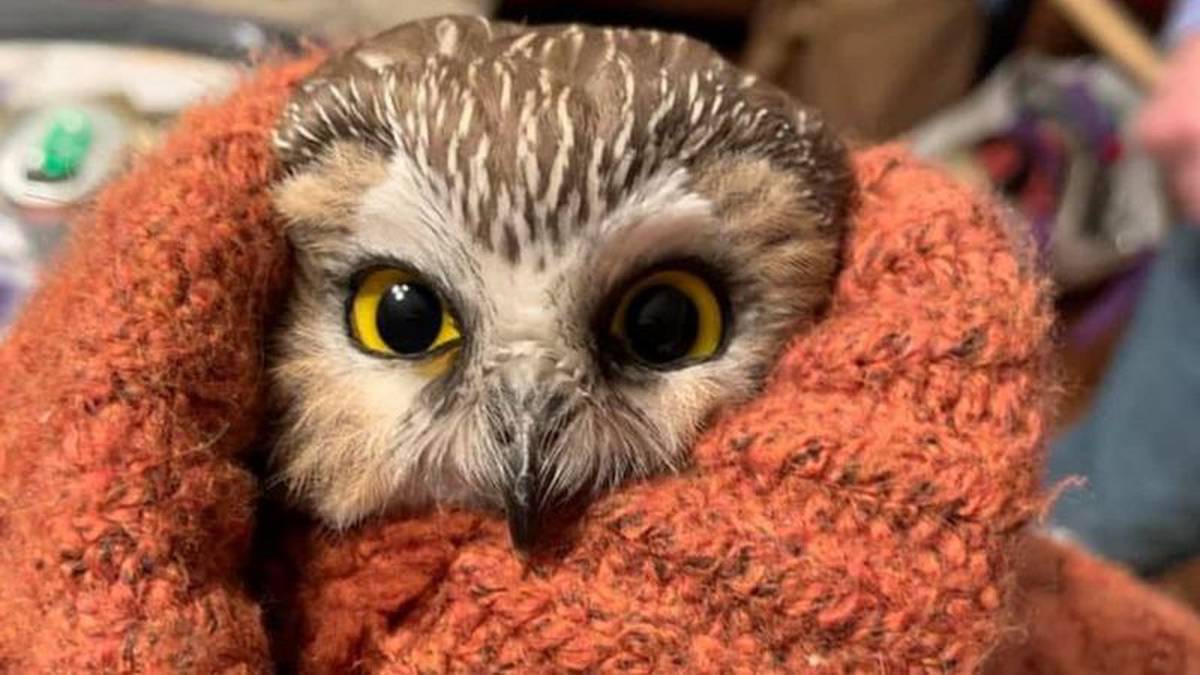 Away from the manger: The barn owl was rescued from the New York Christmas landmak. Photo / Ravensbeard Wildlife Center, Supplied

Wide eyed and wrapped in swaddling bands, a tiny owl was delivered to a New York bird sanctuary after it was discovered in one of New York’s most iconic Xmas decorations.
The tiny bird was found by workers installing the Rockefeller Christmas tree in central Manhattan.

The poor owl had been transported almost 300km from Oneonta in upstate New York, before the arborists found him.

“It’s just a story out of a movie,” said Ellen Kalish, Ravensbeard Wildlife Center director, speaking with the BBC. The centre near Woodstock, New York was contacted by workers to rehabilitate the bird. “It’s amazing he didn’t get crushed.”

The avian stowaway has been named Rockefeller after the plaza to which the tree was being delivered, and he’s in excellent condition considering the journey.

While many were quick to depict the miraculous delivery of a baby owl as a Christmas nativity scene – the tiny bird is a fully grown, adult saw-whet owl. The diminutive species of “dwarf owl” rarely grow taller than 20cm.

In spite of this Kalish said the rescue of the owl was some welcome news in what has been a challenging year for the East Coast city, struck hard by pandemic.

Rockefeller will be released by the Ravensbeard sanctuary as soon as he is well enough to fly.

The 23-meter tree from which Rockefeller was rescued is part of a Christmas tradition for the city.

Donated by Al Dick of Daddy Al’s General Store in Oneonta, the bird had been an unintended gift.

The installation of New York’s most famous tree is normally well attended, but this year went widely unmarked, according to Associated Press.

No in-person spectators will be allowed this year because of the coronavirus pandemic, the network said on the “Today” show Saturday.

Tishman Speyer, the company that owns Rockefeller Center, has said it’s especially proud to keep up the tree tradition this year. The pandemic has spurred the cancellation of some other New York holiday customs, such as the Radio City Christmas Spectacular.