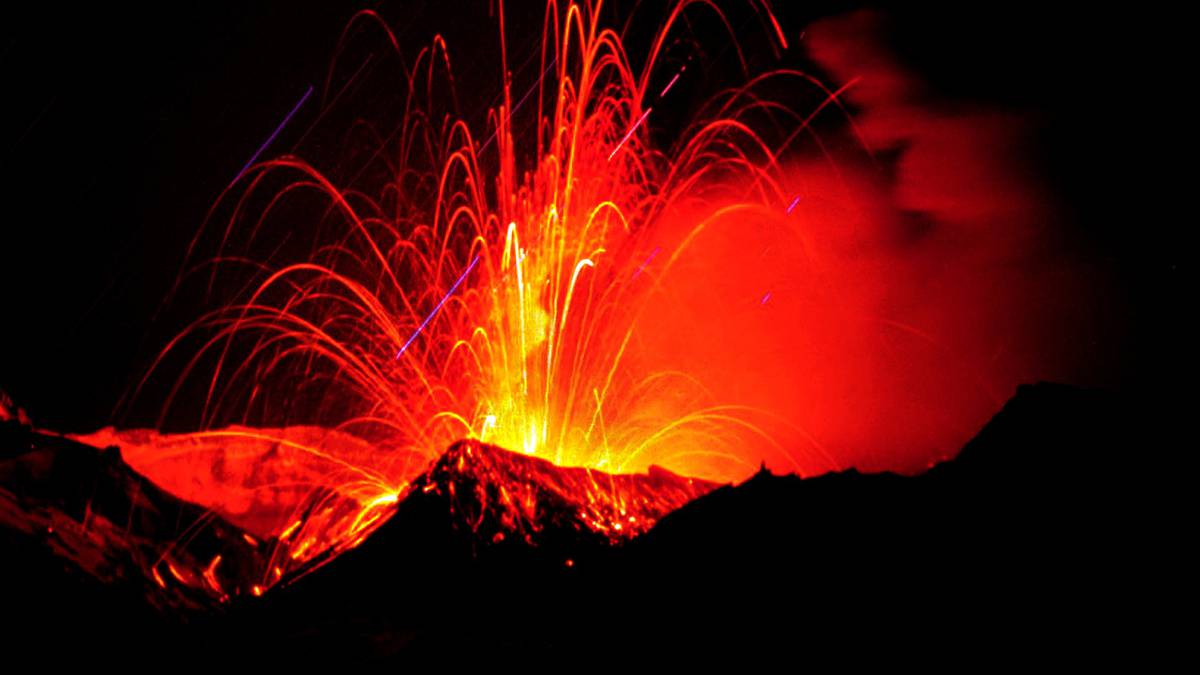 It may seem an unlikely question, but it’s one scientists are intensely interested in, given links have been proposed but not conclusively proven.

New Zealand researchers now aim to get a clearer picture in a major study looking back 800,000 years – and drawing on clues recovered from our ocean floor.

“Recent studies have proposed a causal link between rising sea-level during periods of warming climate, and increased frequency of volcanic eruptions and earthquakes,” said Dr Lorna Strachan, a senior lecturer in sedimentology at the University of Auckland.

But testing such a correlation has been immensely difficult.

The answer could lie in an exquisitely preserved sedimentary record, retrieved from the ocean bottom along the Hikurangi Subduction Margin, east of the North Island, during an international expedition in 2018.

The high quality sediment record – taken from a drill core that plunged nearly a kilometre beneath the sea floor – will allow scientists to calculate depositional ages and the sedimentary layers themselves to millimetre-precision.

“This in turn has allowed us to identify where these sediments have come from, how they were deposited, and the triggers for their emplacement into the deep ocean,” Strachan said.

“Such triggers include earthquakes and volcanic eruptions.”

As the record captured at least eight or more glacial and interglacial sea level cycles across hundreds of thousands of years – or when the planet went through natural cooling and warming periods – these could be compared with volcanic ash, and turbidites from earthquakes, deposited over the same times.

“While this is linked to changing sea level, the central hypothesis is focused on sea level change over glacial time scales and at large orders of magnitude of change – or up to 120m of sea level rise,” she said.

“In saying that, we are in the upper part of one of these cycles – and therefore the impact of post-glacial sea level rise during the last 20,000 years may still be being felt.

“This deeper time perspective of recurrence, however, may be very useful for future seismic and volcanic hazard analyses.”

Strachan said the backbone of the project, just awarded a $960,000 Marsden Fund grant, would be in building a high-resolution age model for sediment build-up along the Northern Hikurangi Trough over the past 800,000 years.

“The accuracy of the dating model will be vital to the success of the project,” Strachan said.

“We have already developed a preliminary age model for the upper 110m, as part of our ongoing work. These initial results are very promising, but as we go back in time and deeper into the sediment core the dating becomes more challenging.”

Working with Kiwi and international collaborators, Strachan’s project pulled together a mix of scientific techniques, from carbon dating to magnetostratigraphy, used to pin-point sedimentary and volcanic sequences.

“The novelty of the project is the very wide range of cutting-edge techniques that are rarely used together to understand sediment archives,” Strachan said.

“The other novel side of the project is the uniqueness of the sediment core, which is the longest ever drilled on the margin.”

The recovered turbidites – deposits from turbidity currents – will be linked to earthquakes by comparing ancient records with the fresh turbidite generated by 2016’s Kaikōura Earthquake.

The tephra records would also help refine the history of the Taupō Volcanic Zone over the past few hundred thousand years.

Our knowledge of activity in this fiery region has been skewed toward the past 61,000 years – a period generally well preserved by the geologic record – but more than 90 per cent of picture, spanning 1.6 million years, has been missing.

Strachan also expected the project to have global implications.

“Recent studies predominantly from around the Pacific appear to show a strong correlation between volcanism and sea level rise,” she said.

“Elsewhere a similar pattern has been shown between earthquakes and sea level rise. If we find a clear connection at this New Zealand site, then this will form an anchor point for similar studies around the world.”

Finally, she said the research could be interesting to Māori.

“This project seeks to deepen our understanding of the connectivity between the climate – or sun and sky – the land, and the ocean over the last 800,000 years.

“While this timeframe extends back to a time before human occupation of Aotearoa-New Zealand, it will provide a deeper understanding of the links within the natural system.

“We hope to weave together western scientific and mātauranga-indigenous concepts of the long-term evolution of the land and ocean.”